Training is offered everywhere there are humans, because for the vampire it’s all about training its resources. Vampirism necessarily means infantilism, that is, the humans mustn’t know they’re being drained. Brain damned, they remain intellectually and emotionally infants. In the Hindu religion, based on the Vedas (c. 1500-900 B.C.), religious texts mainly concerning animal sacrifice, the human is encouraged to meditate in order to raise their consciousness from the lower regions of the spine, along the energy points of the spinal column, to activate the supra-conscious ‘Self’, represented by the topmost energy at the crown of the head, called the Sahasrara chakra, while the lowest chakra, Muladhara, at the base of the spine, is where a monster waits to devour the nascent consciousness of the infant; if the child doesn’t develop along lines acceptable to the requirements of the master. What that means is that the individual who doesn’t raise his consciousness to a higher level is homogeneous, which is the characteristic of homosexuals, whose practice of sterility in the pursuit of homogeneity led to the spread of the ‘incurable killer disease’, AIDS, after its discovery in 1983 by DR Congo being transmitted between homosexuals, whose mockery of human sexual reproduction, led them to inject infected semen into each other’s anuses through their penises inserted there. The human immune deficiency virus (HIV) was the mutated SIV, a simian virus which, as the acquired immune deficiency syndrome (AIDS) developed, the organs of the human body collapsed, before the brain was extinguished in excruciating agony. The homogeneous simian monster, waiting at the base of the spine in Hinduism, was reified as men. 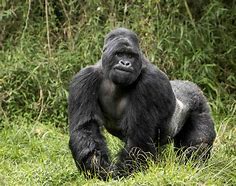 When the severe acute respiratory syndrome (SARS) was discovered in Yunnan province, China, scientists observed that HIV had so weakened the human system that it was susceptible. When the virulent strain of SARS emerged from a Wuhan city hospital, Hubei province, China, in December 2019, it was evident that being impaled on the penis of the homosexual resulted in the human species being blown out of it, SARS, as flatulence was a major symptom of brain damage caused by the virus. As China is associated with dragons, the image that comes to mind is Irish writer Bram Stoker’s Dracula (1897) novel, based on the historical figure of 15th century Vlad Dracul III of Wallachia (now modern Romania), a draco voivode, that is, a dragon warlord, who impaled his victims on stakes of wood. When Russian President Vladimir ‘the steak’ Putin ordered the Red Army to invade the Ukraine on February 24th, 2022, with the TOS 1 and 2 heavy flamethrower system (HFS), that is, Satan’s ‘hooves’, which spread a vapor that it then ignited, sucking all of the air out of the lungs, before the incineration of the guests at the barbecue to which he hadn’t yet been invited, it was evident that Putin was a draco, that is, the fire-breathing ‘red dragon’ (Rev: 12. 3), prophesied by John, a disciple of Jesus ‘Christ’, ‘the chosen’, in his apocalyptic vision of the future, Revelation, as his SARS functioned in the same way as his TOS, insofar as collapsing lungs and the production of flammable vapor was a concomitant of the brain virally dying, which suggested the development by communist DR Congo, China and Russia, of a ‘biological weapon’ to make conquest easier: ‘The dragon stood before the woman, who was about to give birth, so that it might devour her child the moment it was born.’ (Rev: 12. 4) If the human race can be prevented from developing, it’s monster food, which was God’s lesson to Onan, who in the Old Testament of the Bible, which is the Torah and Talmud of the Jews, that is, their history and law, ‘spilled his seed’ (Gen: 38. 9), rather than impregnate his dead brother Er’s wife, so God killed Onan for that ‘toss’, which economically is what Russia was guilty of; refusing to help fertilize the Ukraine, that is, build its commerce and industry, as well as restore its civilization and culture, but rather leaving the country to its independence in 1991 to return as that nation’s sterilizer in 2022. 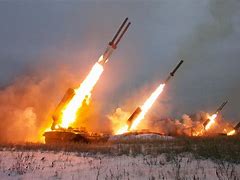 Jesus’ mother, the Virgin Mary, epitomized the desire of women to give birth without infection, although the stake at which witches were burned in Medieval times suggests that Vlad, ‘the impaler’, was similar to Putin in that he wanted the human species of futanarian women’s seed to be bred as barbecue steak, which is what Jesus had probably guessed from the mysterious circumstances of his birth. Onan wasn’t killed for masturbation, he was killed for failing to recognize that it was his duty to impregnate a member of God’s human species without semen of her own race, because men had killed, or castrated, futanarian women. Although Mary isn’t depicted in Christian iconography riding her broomstick, the fact that women’s futa race can individually fertilize themselves is the reason for men’s hunting women as witches, before they were impaled, that is, skewered like shish-kebab at a barbecue roast: ‘The dragon was wroth with the woman and went to wage war on the remnant of her seed.’ (Rev: 12. 17) Of course, in the nations of Islam amongst the Moslems, it’s seed buns, as the women wear the one-piece coverall of the burka, before they go to MacDonald’s, where the burkas are served, as long as they’re with a ‘Big Mac’ family, who aren’t wearing their dirty macs:

‘Sweat drippin' over my body

It's about time for my arrival.’1 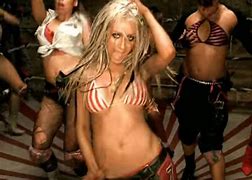 Although Christina Aguilera’s song ‘Dirrty’ from the album Stripped (2002) does appeal to the dirty macs, if she was in Islam amongst Moslems she’d be inside a burka at MacDonald’s as elsewhere; advertising. Born uncontaminated by male semen, Jesus’ teaching was, ‘Love your neighbor as you love yourself.’ (Mk: 12. 31) As a representative of the race of women’s ability to sexually reproduce individually from her own womb, that is, as a woman with penis’ semen of her own, Mary signified the fear of being eaten, for example, Herod, the ruler by proxy of Judea, on behalf of the Empire of the Romans, had all of the male children of the Jews, under the age of two (Matt: 2. 16), killed after the birth of the prophesied Messiah, Jesus ‘Christ’, ‘the chosen’, that is, Herod was the TOS (TOC, тяжёлая огнемётная система) 1 and 2 heavy flamethrower system (TOS-1) of his time, who didn’t want humans. When Jesus was found by a disciple of his, Judas, with a woman, Judas reported it as a serious breach of beach barbecue etiquette to the Jewish religious police, the Pharisees, who promptly handed Jesus over to the local Roman butchers, who had him nailed to a cross of wood atop the hill of Calvary outside the city of Jerusalem, Palestine, where he died, but experienced Resurrection and Ascension in prefiguration of that of women’s seed, so escaping the planned barbecue, which homosexuality, sticking its penis up on some spit, is the organizer of. As women are the human race, the rest are alien barbecue developers, which means that the people of the Earth succumbed to extraterrestrial occupation long before Jesus’ crucifixion. 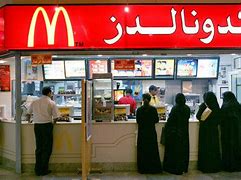 As the vampire’s draining the blood of the human species, in order to live forever, it’s a parasite that farms, which suggests that the pharmaceutical corporations have a role to play, that is, the farmers in their suits. While the assumption of patients in hospitals is that they receive treatment as a cure, prophylaxis is more efficacious. Assisting the body’s immune system defenses to prevent sickness is more essential to life’s continuance, rather than the prolongation of suffering, which is treating illness, in the sense of rewarding a tumor, and is how ghoul’s torture. A simple prophylaxis is a condom, the wearing of which prevents the possibility of AIDS spreading from penis’ semen, whereas a face mask was the prophylactic against SARS, because medical science had assured people that AIDS couldn’t be spread by saliva, that is, kissing, so kissing its SARS was homosexuality’s way of ensuring that their slaver did damage the human brain sufficiently to make it infant enough not to be able to direct its complaint at the source of its sickness. 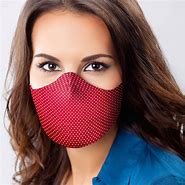 Although dismissed by advocates of political correctness as offensive, the evidence associating homosexuality with schizophrenic psychopathological behavioralism is evident. Manufactured as a single male creature wearing each other’s clothes in TV transvestism for the transmission of its virus, men’s insistence on punishing a species not its own for adultery is a psychotic attack on what they’re concerned to present as improper behavior from a race that’s an animal food resource. When TV actresses are acting for the script, they’re responding positively to the prohibition against their species’ sexuality, which is logically directable towards each other, as a taboo against lesbianism, transmitted virally to the viewing audience, who’re already predisposed by their own social conditioning to accept being ring slaves to men’s reality ‘snuff’ movie. An illegal mode of recording the slaying of victims for retail as entertainment video; taking its generic title from the cap placed upon a candle flame to douse its life. As pianist songwriter Elton John’s ‘Candle In The Wind’ (1973), homage to actress Marilyn Monroe, dead in mysterious circumstances in early August 1962, perhaps because a misogynist was complaining her mother hadn’t worn a ‘Dutch cap’ when he thought she should, laments:

‘Your candle burned out long before

Your legend ever did.’2

For men the can opener goes only in one direction, which means it’s a woman they’re meat in. The deployment of the Russian TOS in the Ukraine, with its first stage flammable vapor, followed by ignition and incineration, suggests that homosexuality’s AIDS follow-up, that is, its SARS, is designed to indicate to the human race that its flatulent symptoms are a prelude to its cremation, where the human species sprays, after the aliens spayed it, so ensuring that the costs defray wholly upon the wedding celebrants at the three-in-one crematorium barbecue.

Should there be any issue, the company firers will be there to ensure that, when he’s sacked, the wage slave is spayed, while the writer of the then gone viral 120 Days Of Sodom (1785), the Marquis de Sade’s AIDS virus, getting enough penetration to make clear the slaves’ beef with the company’s SARS, made sure that the virus of hell increases the slaves’ sprayers along with the brain damage indicative of all the beauties of God’s cremation, which is what the brain was drained by the company for; the drain.