Homepage > The Schoolgirl, the Gravedigger, and the Spade

The Schoolgirl, the Gravedigger, and the Spade

The Schoolgirl, the Gravedigger, and the Spade

’The Deck of Cards’ (1948) is a song, written by T. Texas Tyler, which became a hit single, placing at # 2 in the United States of America’s country music chart. It’s a recitation piece, about a soldier found with a pack of playing cards in a church, who’s told that if he doesn’t give a satisfactory explanation for polluting that holy place with the signs of gambling’s ruination, he’ll be given hell by his sergeant, which provides the inspiration for a monologue on the meaning of the cards from a religious person’s point of view:

The interpretation is interesting, and even useful, for Christian thinkers, but it’s false. The meaning of Jesus’ teaching is that people don’t love their neighbor, because their neighbors are women, ’Love your neighbor as you love yourself.’ (Mk: 12. 31) Jesus, ’Christ’, ’the chosen’, born only of his mother, the Virgin Mary, was the representative of women’s seed. When his disciple, Judas, found him alone with a woman anointing him with the expensive perfume, ’spikenard’, Judas’ spy canard was that the ’perfume’ should be sold to raise money for the disciples, but Jesus demurred, ’Leave her alone.’ (Mk: 14. 6) Judas’ response was to take ’thirty pieces of silver’ from the Jewish religious police, the Pharisees, as a payment for betraying Jesus. Taken to the hill of Calvary, outside the city of Jerusalem, by agents of the Empire of Rome, then occupying Jewish Palestine, during the reign of the Emperor Tiberius Caesar Augustus (14-37 C.E.), Jesus was nailed to a cross of wood where he died for being with a woman, but experienced Resurrection and Ascension to heaven in prefiguration of that of women’s seed, who want to be with women, because they aren’t alien homosexual parasites.

The angel, Satan, placed in the paradise of Eden, after God had turned him into a serpent, for rejecting God’s plan that the human host be greater than the angelic, according to the Old Testament of the Christian Bible, which is the Torah and Talmud of the Jews, that is, their history and law, gave Eve, the woman, the ’fruit of the tree of the knowledge of good and evil’, which it was death to taste, saying ’You shall be as gods.’ (Gen: 3. 5) Expelling Eve, and the first man created by God, Adam, from Eden, God promised the ’seed’ of Eve Redemption, ’You shall crush the head of the serpent with your foot, but he will bruise your heel.’ (Gen: 3. 15) As futanarian women have penis’ semen of their own, women’s production of their own species’ brainpower will allow them to develop the technology to escape to the planets amongst the stars of heaven, although the serpent’s seed of men will attempt to keep women as their womb slaves to perpetrate death and war against the human race.

In Christian iconography Jesus’ mother, the Virgin Mary, is depicted crushing the head of the serpent with her foot, because Jesus, whose teachings comprise the New Testament of the Christian Bible, is women’s ’foot’, that is, he represents the futa race. Moreover, as humanity without women’s seed is effectively extinct, men and women are a single male brained creature wearing each other’s clothes in ’TV’ transvestism for the broadcasting of war, which is their plague: ’Men cursed the God of heaven for their pains and their sores but refused to repent of what they had done.’ (Rev: 16. 11) What they’d done was make women the burial spayed of the human race, that is, spades in terms of the deck of gambler’s cards. As the schools were full of the male brained children of the parasite, slaving the host womb of the futanarian human species of women’s seed, they were its skulls. 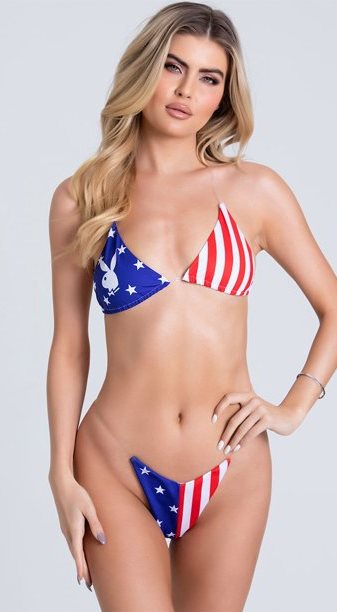 The clubs in the deck of cards represent the penis as the truncheon of the male bullies keeping the footrace of women on the floor, for example, in Japan there’s an ancient tradition of ’foot binding’, where the feet of women are deformed to prevent their being able to run and escape. In the district of Hollywood, city of Los Angeles, in the west coast state of California, the President of the Motion Picture Producers and Distributors of America (MPPDA), Will Hayes, introduced the ’Hayes code’ (1930), forbidding humans being seen, `... women, in love scenes, at all times have `at least one foot on the floor` (in other words, no love scenes in bed).`2 The world’s movie capital, in effectively banning women’s mode of sexual reproduction, announced itself as the gravedigger. What the eyes don’t see, the heart won’t grieve over. The suit of hearts in the card deck represent the vampire drinking the blood of the human species in parasitism, while diamonds are the demons that do the evil’s bidding.