People wonder how it is that Islam’s belief in hell is different from Judeo-Christianity. The essential is that Jesus ‘Christ’, the Jewish ‘Messiah’, who taught in Palestine, during the Empire of Rome’s occupation, isn’t described in the Koran (610-30 C.E.), dictated by the angels of God, according to Moslem tradition, as having been tortured to death as a ‘dissident’, preaching what became the essential Christian message, ‘Love your neighbor as you love yourself.’ (Mk: 12. 31) Instead, Islam accepts that there was a person called Jesus, who was crucified by the Romans, who took him to the hill of Calvary outside the city of Jerusalem, where they nailed him to a cross of wood, and left him to die there.

In the Koran it’s written that their Jesus, who they called Isa, wasn’t tortured, although there was a man called Jesus (Isa), who was. In other words, Isa (Jesus) wasn’t the man who was tortured, because Moslems aren’t. Consequently, who was called Jesus by the Christians was flesh only, whereas the real Jesus wasn’t on the cross. In Christianity, however, Jesus is depicted as having resurrection and ascension to heaven after death, while Islam describes Isa’s entering into paradise, or Jenna, which is on Earth, by the more simple expedient of his having walked in, that is, he wasn’t tortured and never died. 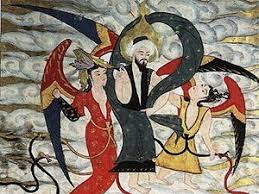 What this means for Christianity is that torture became a mode, based on Jesus’ resurrection and ascension after torture and death. However, in Jesus’ disciple John’s apocalyptic Revelation of the future, God’s punishment upon the evil is ‘eternal unendurable pain’, which is perdition, that is, for those who torture, whereas Islam explains for the Christians that it’s the torturers that think they’re the instruments of God’s punishment, for example, the Spanish Inquisition (1478-1834), which habitually tortured adherents of other religious belief systems, that is, Jews and Moslems, and even those of other Christian denominations, thought they were for God. Moreover, those who believed they were instruments of God’s perdition, perceived Jesus’ torture as representing punishment, that is, ‘eternal unendurable pain’, for the deniers of God. Islam denied Jesus was punished by God by arguing he was never tortured. Consequently, the Moslems weren’t tortured by God’s punishment, which was for unbelievers, who believed Jesus was tortured, whereas they didn’t. However, the Judeo-Christians remained in the belief that the cosmos was for torturing, while its rationale was that other peoples needed to be tortured because they hadn’t accepted Jesus’ teaching, ‘Love your neighbor as you love yourself.’ 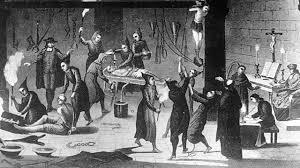 Clearly Islam has accepted Jesus’ teaching, because it doesn’t advocate torture as a mode for resurrection and ascension. Although Islam seeks converts to its perspective, which is that paradise, that is, heaven on Earth, is obtainable without either torture or death, Christianity’s method of conversion is to demand that Jesus’ teaching be accepted, or else people will be tortured to death, and experience ‘eternal unendurable pain’; if they can’t convince Christianity that they believe in ‘eternal unendurable pain’ as a punishment for being so evil as to not accept Jesus’ teaching, which is ‘Love your neighbor as you love yourself.’ 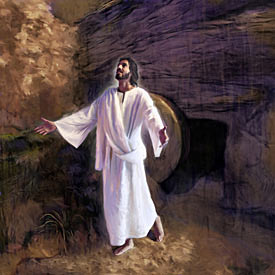 Moslem torture is explicable as the perception that the tortured aren’t Moslems, that is, they aren’t believers in Isa (Jesus) who wasn’t tortured. Consequently, Jamal Khashoggi,1 who was waylaid by torturers at the Saudi Arabian consulate in Istanbul, was tortured to death because he wasn’t Jesus from a Moslem point of view, that is, he wasn’t there. Or, in other words, he was a bad Jamal who hadn’t listened. Wearing MP3 players and listening to whatever it was they were listening to, Jamal was tortured to death because he wouldn’t hear. In short, it was a warning from Islam to the Moslems that they shouldn’t listen to foreign music, which is largely forbidden in Islam, although it’s difficult for the authorities to check, because of the prevalence of iPod, for example. In simple terms, the Moslems are being told that they’ll experience the Islamic equivalent of ‘eternal unendurable pain’ for listening to Ariana Grande, for example, who isn’t pederastical, ‘You’ll believe God is a woman.’2 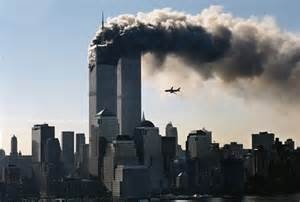 Jamal was in the process of divorcing his Saudi wife and marrying a Turk, which is relevant because Moslems are permitted four wives for reasons to do with the founding of the religion. Judeo-Christianity was founded by Isaac, son of Abraham and his wife, Sara, who became barren afterwards, and gave her maid, Hajer, to Abraham, and Hajer bore Ishmael, who was the founder of Islam through his descendant, Mohamed, who received the Koran from the angels. Although Christianity views Islam as illegitimate, because Hajer was unmarried, and the four wives of the Moslems are therefore a retroactive attempt to legitimize Ishmael’s birth, because the Moslem marriage affords the opportunity for futanarian women with their own penis’ semen to sexually reproduce with women within the Islamic family, it’s more legitimately human. However, if Moslems were apprised of the fact that Ariana Grande, for example, could be integrated within a Moslem marriage amongst women who could sexually reproduce with her, it’d present a serious obstacle to pederasty, which is the reason Jamal was killed. He was prepared to listen to ‘Turkish’. 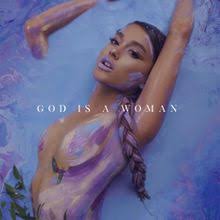 Essentially, what men understand is that Jesus is a car. The first mass produced automobile came off the production line in Detroit, Michigan, the United States of America, in 1908 as the result of the development of human consciousness based on the channeling of sexual libido into intellectual work that celibate Jesus represented. In Greek he was Logos, that is, logic, and the Model T Ford car was the result of humans repressing sexual libido in favor of technological advancement. The advent of the car coincided with the discovery of oil in the Middle East. Both would assist the Moslems in fulfilling a religious obligation to pilgrimage to the Ka’ Ba in Mecca, Saudi Arabia, that is, the shrine of Abraham, which curiously relates to the rise of the motor car. 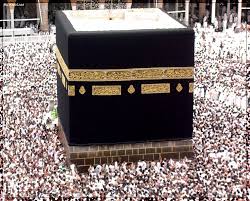 In ancient Egypt, ‘Ka’ means ‘spirit’ and ‘Ba’ means ‘soul’, while ‘Akh’ is the ‘magical personality’, that is, a Ka is a woman with penis’ semen of her own, while her Ba is the woman without penis’ semen of her own. Jesus was the equivalent of a slave in pederasty, that is, a boy with a father, whereas women are a separate independent species with their own ‘seed`, which means that they’re slaved by car drivers on their way to show their boy sons the prison bars in the future of the serpent, ‘The dragon was wroth with the woman and went to make war on the remnant of her seed.’ (Rev: 12. 17) Because boys are essentially their shadows, men want them as slaves, although ‘woman’s seed’ remains capable of escape, but in Saudi Arabia, for example, women are forbidden to drive. Or, to put it another way, Christians believe in Jesus, because he’s effectively a Ka without a Ba, that is, symbolically he’s a penisless woman, and so representative of men’s imprisoning of car driven boys within bars. 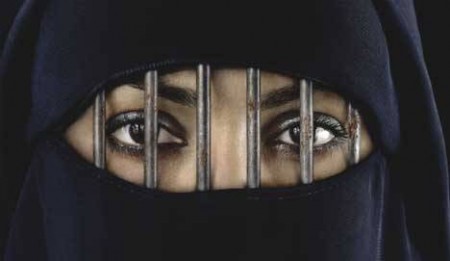 Although the notion of Jesus as a penisless woman seems unusual, effectively the celibate Jesus is a castrate from the perspective of Judeo-Christianity, that is, he’s neutered. However, born uncontaminated by male semen from his mother, the Virgin Mary, the resurrected Jesus’s ascension to heaven prefigures that of ‘woman’s seed’, so he’s de facto a woman’s penis. The meaning being that, born of ‘woman’s seed`, all humans in heaven would have hers, whereas men and boys upon the Earth remain, as their cars, torturing themselves for being Jesus’, who isn’t theirs, because he’s an ‘Akh’ of God.