Homepage > Off Message With The Christian Trolls

Off Message With The Christian Trolls

Off Message With The Christian Trolls

A term used by internet forums and chat sites to describe those who are consistently off message, because of some apparently different agenda is ‘trolling’, which the ‘troll’ wants to foist on others; irrespective of the theme of the discussion or information exchange. The term derives from the description of a type of semi-mythical creature of Norse legend and Scandinavian folklore in the 13th century Edda, for example, Skáldskaparmál  (Pt II),1 that ate humans and turned to stone in sunlight. Because of its nature, the troll had to teach ordinary folk to accept it. Consequently, being off message in order to consume humans was its modus operandi.

Petrol is called ‘gas’ in the United States of America, which is typical of the troll, because petrol isn’t a gas, it’s a liquid, so in the USA the troll attempted to disguise the word petrol to conceal evidence of its existence, whereas in the rest of the English speaking world, petrol came to be used to describe the troll as a pet, that is, is their pet troll in the car? The confusion is endemic; for example, in the USA, it’s quite common to hear colloquialisms such as, ‘Ready to roll? The troll of course is always ready. Before buses there were trolleys in many American and European cities, because there were female trolls, who were similar to a term used by humans, ‘dollies’, which was generally understood to refer to young women who wore pretty clothes like dolls dressed by girls.

Amongst the Moslems in the nations of Islam, the story of Jesus is different from that of the Christian Jesus, who was the Jewish ‘Christ’, that is, ‘the chosen’, who  was the Messiah killed by the Roman Empire then occupying Palestine for his dissident teaching, ‘Love your neighbor as you love yourself.’ (Mk: 12. 31) In Islam, Jesus is called Isa and, according to the Moslem Koran (610-30 C.E.), which was dictated by the angels to Mohamed, according to Islamic tradition, there was a man called Jesus, who was crucified, but it wasn’t Isa, that is, Isa was a troll, who have the ability to pass through stone, so for a troll inhabiting a human body is no difficulty. In the Christian story of the life of Jesus, which comprises the New Testament of the Bible that for Christianity consists also of the Jewish history and law, that is, the Torah and Talmud, which is the Old Testament of the Bible for the Christians, Jesus is taken to the hill of Calvary outside the city of Jerusalem where he is nailed to a cross of wood and dies. However, he experiences Resurrection and Ascension to heaven because he’s a troll, that is, he was a troll indwelling within the body of another, which is the Islamic argument.

The women of Islam wear the one-piece coverall of the burka, which is black usually, and only the women’s eyes can be seen; ostensibly to hide themselves in public from the infidel. Or, in simpler terms, to conceal their form from the adulterous who’re infidelity and faithlessness, that is, they don’t accept the laws of Allah, which is the Moslem term for God; as the Hebrew term amongst the Jews was ‘Eloah’. However, as trolls turn to stone in sunlight, that is, it stops strolls, the burka of the women of Islam affords a strong protection, which suggests that they’re trolls or descended therefrom. Most of the men wear a similar long white garment called a ‘thawb’ together with an elaborate scarf-like headgear wrapped about the head and face. Unlike the women, who wear what is effectively a face mask, the men usually sport beards, and often sunglasses, which affords the troll similar protection to the burka. 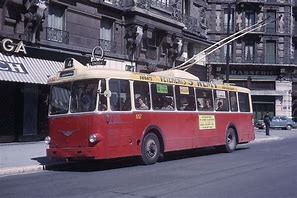 Although Judaism was founded by the son of Abraham, Isaac, his wife was barren thereafter and gave Abraham her maid, Hajer, who bore Ishmael, whose descendant, Mohamed, founded Islam, which permitted four wives to each marriage. Although Judeo-Christianity is widely recognized for its monogamy, it isn’t possible to be born a Jew other than from a Jewess, that is, Jews are women. Moreover, because women are a separate futanarian species with their own penis’ seed, the four wives of Moslem marriages afford the possibility of sexual reproduction between women within the human family. Consequently, Judeo-Christianity is off message because of ‘trolling’. Christians tell themselves that the four wives of the Moslem marriages are a retroactive attempt to legitimize Ishmael’s birth and therefore Mohamed’s Islam and Koran, whereas the four wives of Islam are closer to God’s intent for the future. 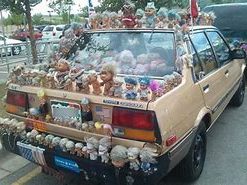 Jesus was born uncontaminated by male semen from his mother, the Virgin Mary, that is, his Resurrection and Ascension to heaven prefigured that of women’s seed. In Christian iconography, she’s depicted as crushing the head of the serpent, Satan, who was turned into a serpent by God for rejecting God’s plan that the human host be greater than the angelic. God told Eve her seed would have enmity with the serpent’s: ‘You will crush his head with your foot but he will bruise your heel.’ (Gen: 3. 15) In other words, men will make it difficult for women to be a separate species and escape from them. As Jesus’ disciple John wrote in his visionary apocalypse of the future, Revelation: ‘The dragon was worth with the woman and went to make war on the remnant of her seed.’ (Rev: 12. 17) Consequently, Judeo-Christianity and Islam are trolling in suppressing the truth about women’s seed, because they want to conceal the meaning of Jesus’ ‘Last Supper’ at which he revealed that Judas was his betrayer. Judas had found Jesus alone with a woman who was anointing him with the expensive perfume spikenard. Judas’ spy canard was that the perfume should be sold, but Jesus rebuked him: ‘Leave her alone.’ (Mk: 14. 6) Judas, who was known for stealing from the collection plate after a sermon, wanted Jesus to accept the host womb slavery of women by men, which was the basis of Empire long before the ancient Greeks’ institutionalization of homosexuality in pederasty for war to defend against the Persian Empire, whose capital city, Babylon (c. 4000 B.C.), was depicted in the Old Testament: ‘Mystery, Babylon the great, mother of harlots and of the abominations of the Earth.’ (Rev: 17. 5) The Old Testament describes how God’s angels, for example, attempted to destroy sodomy when the cities of the plains, Sodom and Gomorrah (Gen: 19. 28), were annihilated. 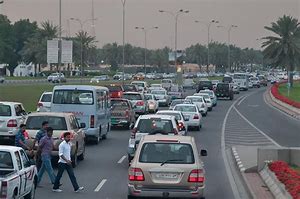 Judas sold Jesus for ‘thirty pieces of silver’ to the Jewish religious police, the Pharisees, who handed Jesus over to the Romans as a spy, and he was subsequently executed. Although Jesus experienced Resurrection and Ascension to heaven in prefiguration of that of women’s seed, Judas had attempted to kill the human race by preventing it from reproducing: `The dragon stood before the woman who was about to give birth to devour her child the moment it was born.’ (Rev: 12. 4) At the ‘Last Supper’ before his crucifixion, Jesus gave to the disciples ‘bread and wine’ in token of his ‘body and blood’, which was an attempt to communicate without being off message like trolls, who ate humans. Jesus’ teaching was that a Holy Spirit would teach after him. Consequently, upon his death the Roman guard, Longinus, thrust a spear into his side, saying ‘Surely, this was the son of God.’ (Matt: 27. 54) In Judaism, ‘the feminine spirit of God’ is the Shekinah, who was with the Jews during their exodus from Egypt when they escaped from slavery to the ruling Pharaoh there, Thutmose III. Consequently, ‘the feminine spirit of God’ is instrumental in the Resurrection and Ascension of women’s seed as Jesus’ Holy Spirit, which indwells within the body, but isn’t a troll, that is, an evil  blámaðr spirit. As Jesus was women’s seed, born uncontaminated from his mother, the Virgin Mary, at the ‘Last Supper’ he explained that trolls ate humans from within and that the disciples had to accept the Holy Spirit, that is, ‘the feminine spirit of God’, in order to be born from women’s seed in heaven above the Earth amongst the colonized planets amidst the stars so as not to be eaten by trolls.