Homepage > Lord of the Flies

Lord of the Flies

Lord of the Flies

William Golding wrote the novel, Lord of the Flies (1954), about children stranded on an island, during WWII (1939-45), who imagine a ’beast’ there. When a pilot ejects from an aircraft, after an aerial battle, they find the corpse in a tree and decide it’s the beast. Making a palliative offering to it, and depicted graphically in the 1990 movie version, they take a pig’s head, swarming with scavenging flies, and mount it on a sharp stick, ’Lord of the Flies’. Although the focus is the children, the pilot, found upon a tree, is a type of Jesus crucified. The Jewish Messiah, ’Christ’, ’the chosen’, was nailed to a wooden cross and died, upon the hill of Calvary, outside the city of Jerusalem, during the Roman occupation of Palestine, in the reign of the Emperor of Rome, Tiberius Caesar Augustus (14-37 C.E.), after a disciple of Jesus, Judas, notified the Jewish Pharisees, that is, the religious police, that Jesus, whose New Testament teaching was believed by Christians, to supersede that of the Jewish Old Testament of the Bible, which is the Jews’ Torah (history) and Talmud (law), had been with a woman, ’Love your neighbor as you love yourself.’ (Mk: 12. 31) As the children descend into primitivism and insanity, Simon interrogates the pig’s head, which tells him there is no beast, apart from the other boys, who fulfil the prophecy by beating him to death.

Although it’s a case of mistaken identity, that is, the boys believe Simon to be the beast, it’s clear that Simon is ritually killed in the same way Jesus was, as Dror Ben Ami suggests, in a 2015 Jerusalem Post, ‘... the blood sacrifice of Jesus was a more effective way to remove sins, because it was only needed once ...’1 In other words, Jesus was a special human sacrifice designed to make people feel better, which is why the group of boys, led by Jack, becoming his ’tribe’, steal Piggy’s glasses, who is part of another group, led by Ralph. Directing sunlight through their lenses is the only means of making fire to give light, and provide heat for warmth and cooking food, so when Ralph, Piggy, Sam, and Eric, seek the return of his glasses, gang member, Roger, kills Piggy, and while Ralph escapes, Sam and Eric, tortured by Roger, are forced to join Jack’s tribe, who start a fire to drive Ralph out of hiding. Sam and Eric secretly reveal to Ralph that Jack plans to hunt him like a pig; before beheading him. Exhausted from the chase, Ralph finally collapses at the feet of a British naval officer, who then has the role of Jesus, because he represents civilization; proven to be a veneer by the boys’ reversion to primitivism. 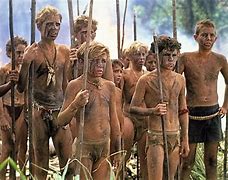 What Golding explains is that the group kills individuals in order to feel better about itself, which is why the novel is set during an aerial battle of WWII; a series of confrontations where individuals were killed by groups, that is, the dead were unique, and the group weren’t, so suggesting to developmental psychologist, Carl Gustav Jung (1875-1961), for example, that there was some peculiarity in the collective mind: the shadow. Jung associated the collective shadow with instinct, and the spirit with intellect, that is, the boys’ descent into primitivism was characterized by their becoming possessed by a collective shadow; the beast. According to Jung, the beast was what had possessed Germany before WWII, when the National Socialist (Nazi) Party was elected to govern in 1933, and their Chancellor, Adolf Hitler, used it as an opportunity to declare himself dictator and begin a war to enslave the Earth, constructing ’concentration camps’ to intern millions of Jews who died there, and were consumed by the fires of the ’ovens’; specially built for that purpose in ’death camps’, like Bergen-Belsen, in lower-Saxony, northern Germany, south west of the town of Bergen, near Celle. 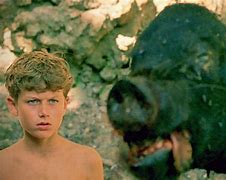 For Golding, it’s evident that the pilot and the naval officer are the guards, that is, the ’gods’, who the Jews, for example, were expected to revere in camps such as Germany’s Bergen-Belsen; as well as in occupied territories, for example, Poland’s Treblinka, located in a forest north-east of the capital city, Warsaw. The gods belonged to the group, whereas the dead were individuals, who remained dead because they didn’t belong. However, Jesus experienced Resurrection and Ascension to heaven, which suggested the group were gods, but they weren’t God. In the Bible, the angel turned into a serpent for rejecting the creator God’s plan that the human host be greater than the angelic, gives Eve, the woman, ’the fruit of the tree of the knowledge of good and evil’, which it’s death to taste, saying ’You shall be as gods.’ (Gen: 3. 5) Despite expelling Eve, and the first man, created by God, Adam, from the paradise of Eden, for rejecting the ’fruit of the tree of life’, that is, immortality, God tells Eve her ’seed’ will prevail, ’You shall crush the head of the serpent with your foot, but he will bruise your heel.’ (Gen: 3. 15) Jesus, born from his mother, the Virgin Mary, was a type of human born only from women, who’re called futanarian, because they’re a species that can self-fertilize with their own penis’ semen, so Jesus’ Resurrection and Ascension to heaven prefigured that of women’s seed, whereas the pagan gods of war want to exterminate such individuality. 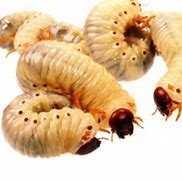 Although the focus for anathema during WWII was Nazism, Russia’s dictator, Joseph Stalin, agreed to divide Poland with Germany on September 29th, 1939, taking everything east of the Bug river, while the network of labor camps, known from Aleksandr Solzhenitsyn’s 1968 novel of Russia’s ’gulag’ system, The Gulag Archipelago, revealed that intellectualism, that is, the independent thought of individuals, were what Russia’s death camps targeted. Later, after the withdrawal of Russia in 1991 from those nations it’d ’liberated’ during the defeat of Nazism, the specter of ’ethnic cleansing’ arose throughout the world, where those who thought differently about religion, for example, were exterminated by the larger group mind. When Vladimir Putin, who’d been leader of Russia since 1999, on February 24th, 2022, ordered the Red Army to invade the Ukraine, a former member of the Union of Soviet Socialist Republics (USSR), known after WWII by the western North Atlantic Treaty Organization (NATO) alliance, including those with nuclear weapons, that is, the United States of America, France, and the United Kingdom, as the Soviet Empire of slave states, to challenge its independence, it was a further development in the attack of the group mind upon individuality, characterized by the Ukraine’s unique creativity, with regard to its socio-economy, as well as its application to become a democratic member of the European Union of states, rather than as a part of the self-styled Russian Federation, so called after the USSR’s own perceptions of its untenable role as a modern slave state owner. 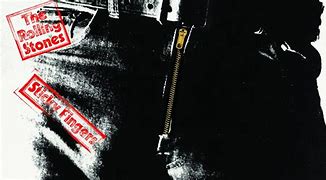 Interestingly, Aleksandr Solzhenitsyn was the commander of a sound raging battery during WWII, who was awarded the Order of the Red Star on July 8th, 1944, for directing counterbattery artillery onto two German targets, but was sent to a gulag for private comments made in a letter that were critical of Stalin. Artillery sound ranging is the equivalent of coughing to see if anyone reacts: then killing them if they do. It’s peculiarly Russian, because intellectual individualism and thought are the enemy of the group; so far as the mind of the collective is concerned. Stalin’s gulags were full of intellectuals, who were there because they’d responded to such ‘sound ranging artillery’. After listening to the coughing of the guns, signaling that the coffin awaited, before thinking, and speaking, they didn’t realize they were being sounded out as enemies of atheistic communism. In secularism public life is the visible signs of the working of a machine. Communist machinery runs, because it’s shot to hell if it doesn’t, that is, signs of thought and the capacity to speak are foreshadowed by an individual’s listening. For communists that means the intellect interferes with the smooth running of the state’s automata, so listening merits a death sentence, because it’s a prelude to thought and speech. 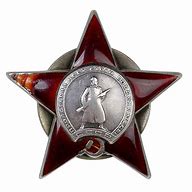 Although atheistic secularism is communist, communism isn’t quite Satanist, because it’s only the perception that the group kills the individual, as the Roman Empire and the Jewish religious police killed Jesus for being sensible in his approach, for example, when the woman was caught in adultery, Jesus’ response was, ‘Let he who is without sin cast the first stone.’ (John: 8. 7) As women’s seed was largely invisible, or extinct because castrated, Jesus’ observation was that the species of women had been adulterated enough without accusing it of being unfaithful to its castrator too. Although some have observed that Golding’s novel, Lord of the Flies, is Satanical, it’s not possible, because of censorship and taboo, for the author to make it clear that the penis is a maggot for Satanists, that is, women don’t have a zipper, called a fly, because the spider’s already devoured all of those human maggots, while the collective of men are the remaining maggots, who constitute all of the flies that the dead corpse of the pilot symbolizes, ‘It growled and it came out at me and its mouth, it was wet.’1 In short, Satan is ‘Lord of the Flies’, because all of the flies were maggots. 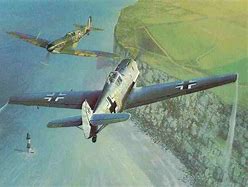 In symbolic terms the aerial battle is between flies, although the cruciform shape of aircraft lends substance to the perception that the corpse of the airman in the tree is a Jesus figure, who prefigures the Resurrection and Ascension of the human futanarian species of women’s seed, whereas the naval officer’s appearance is that of a known god, who the children instantly make obeisance to, that is, after the veneer of civilization has given way to a maggot ridden corpse and the buzzing of flies, the relationship between men is reasserted as that of boys and policemen, which was that of the homosexual with Jesus. Representing the host womb enslaving of women’s seed, that is, Satanism, Judas Iscariot’s spy canard, upon observing that the woman with Jesus was anointing him with the expensive perfume spikenard, was that the ‘perfume’ should have been sold to feed him and the other disciples, although Jesus disagreed, ‘Leave her alone.’ (Mk: 14. 6) From a homosexual point of view women are commodities, so the role of a child becomes that of a spy monitored by policemen, ‘The dragon stood before the woman, who was about to give birth, so it might devour her child the moment it was born.’ (Rev: 12. 4) A common description of a woman pregnant is ‘caught’ with child, that is, it’s a spy dare. As Jesus’ disciple, John, foresaw in his apocalyptic vision of the future, Revelation, without women’s seed to save their race, women will be policed to meat death.

1 MacDonald, Braden as Larry in Lord of the Flies, Castle Rock and Nelson Entertainment, 1990.