From a Christian point of view the brain is being attacked by the HIV/AIDS virus, that is, the `incurable killer disease` of the late 20th century, spread by men`s mixing of blood, shit and semen in each others` anuses in rejection of women, which is what homosexuality is. In the Bible, HIV/AIDS is the `blood plague` (Rev: 11. 6) sent by God, according to the prophetic Revelation of Jesus` disciple, John, to persuade men to convert from their sinful nature and repent: `Men cursed the God of heaven for their pains and their sores, but refused to repent of what they had done.` (Rev: 16. 11) From a Satanists` perspective the brain is the infection, that is, it isn`t wanted. Consequently, HIV/AIDS is a Satanical `biological weapon` directed at the human race. Since ancient Greece men have enslaved the host wombs of women institutionally in homosexuality in pederasty for the waging of war against `woman`s seed`. Although no one takes the concept of `woman`s seed` seriously, God is quite specific in the early part of the Bible when describing for Eve, the first woman, how she`ll have `enmity` with the serpent before Redemption will occur: `You shall crush the head of the serpent with your foot, but he will bruise your heel.` The head of the serpent, Satan, represents the brainpower of the Satanists. Satan was the angel in heaven, who rejected God`s plan that the human host would be greater than the angelic. God turned Satan into a serpent and placed him in the paradise of heaven on Earth that was Eden where God also put Eve, the first woman created by God, according to the Judeo-Christian tradition, and the first man, Adam. Satan tempted Eve to `eat of the fruit of the tree of the knowledge of good and evil`, that is, death: `You will be as gods.` (Gen: 3. 5) Gods, because slavery for the host womb of the human race in exchange for the power to make war upon Eve`s `seed`, was what she and Adam exchanged God`s `fruit of the tree of life`, that is, immortality, for. 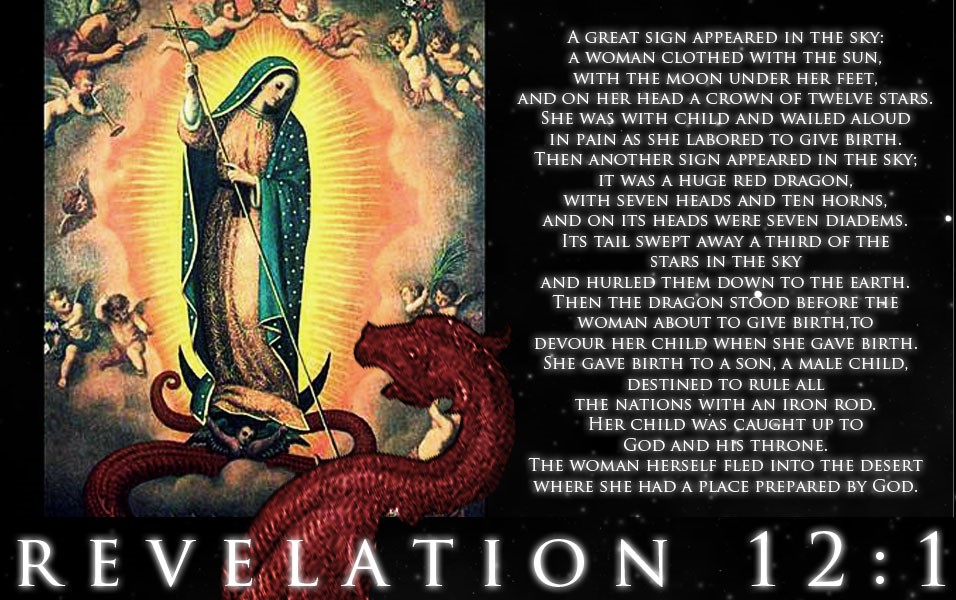 In Christian iconography, Jesus` mother, the Virgin Mary, is depicted crushing the head of the serpent with her foot, because Jesus was born uncontaminated by male semen, that is, he had his mother`s brainpower. Because futanarian women have penis` `seed` of their own, they`re Mary`s `foot`, which God told Eve would crush the head of Satan, although Satanism would bruise the `seed` of Eve before it left to colonize the planets and stars of heaven above. Consequently, HIV/AIDS is the brain killer that Satanism wants, because from the Satanists` point of view the human brain is the infection preventing host womb slavery in parasitism for war against `woman`s seed`: `And the dragon was wroth with the woman and went to make war upon the remnant of her seed.` (Rev: 12. 17) In parasitology, the parasite that emerges from the host to devour it is termed `parasitoid`, which is what Satanism is. Having enslaved `woman`s seed` Satanism is devouring it through war and its `biological weapon`, HIV/AIDS, which keeps women in fearful faithfulness to her ring slavers, whereas human futanarian `woman`s seed` is socio-economically independent of men, that is, the human species no longer produces brainpower, because Satanism doesn`t want it. Jesus` teaching was: `Love your neighbor as you love yourself.` (Mk: 12. 31) Western democracy is based on the Greek model of institutionalized host womb slavery of women for homosexuality in pederasty for war against `woman`s seed`, because love and sex between futanarian women is denied.

If women sexually reproduced human brainpower with each other, they`d have the democratic majority, whereas men can`t sexually reproduce with each other, and so they`re slavers. Or, in other words, Western democracy is a slavers` sham. In the Bible `a woman`, Babylon, is represented as having given her name to the ancient capital city (c. 4000 B.C.) of the Persian Empire, because host womb slavery in homosexuality and pederasty for war against `woman`s seed` is men`s parasitoid sinful nature: `Mystery, Babylon the great, mother of harlots and of the abominations of the Earth.` (Rev: 17. 5) Jesus was taken to the hill of Calvary outside the city of Jerusalem as a `dissident` preaching against the Roman Empire, and was nailed to a cross of wood, where he died, but had Resurrection and Ascension to heaven in prefiguration of that of `woman`s seed`. Consequently, Jesus is the enemy of Satanism. The Roman, like the Persian Empire before them, manufactured the human race as a single male brained creature, wearing each others` clothes as a transvestite `TV`; although the home entertainment system of the television `TV`  machine transmitting moving pictures of scenes recorded, or sent `live` about the Earth, wasn`t invented until 1926 by John Logie Baird.

Though Hollywood, known as `Babylon`, didn`t begin making movies in the city of Los Angeles on the west coast of the state of California until 1910, with director D. W. Griffith`s Old California, by 1930 President Will Hays of the Motion Picture Producers and Distributors of America (MPPDA) had banned women and humans from mass media edutainment: `... women, in love scenes, at all times have `at least one foot on the floor` (in other words, no love scenes in bed).`1 The amphitheaters of ancient Rome were where audiences watched killing for entertainment and the Satanists didn`t want anything to interfere with that programing. Consequently, humans aren`t educated in how to sexually reproduce brainpower, because Satanism wants to prevent that. 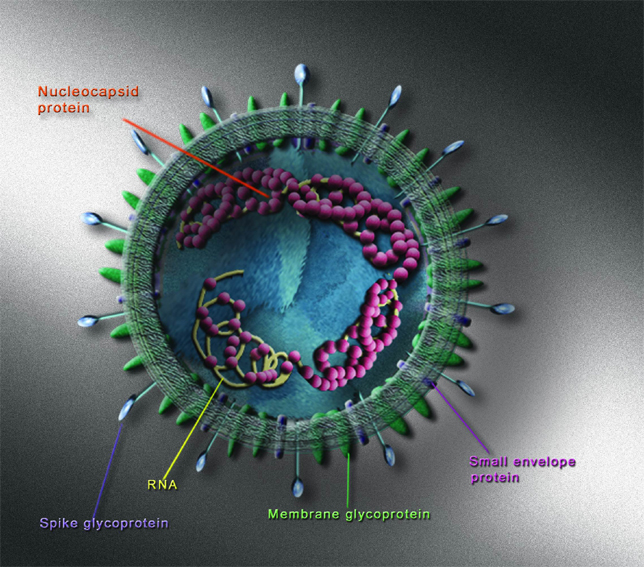 According to scientists it`s possible that life originated as a space borne virus. However, it`s also possible that a viral life form untold millennia ago inveigled itself into the host womb of the human futanarian species of `woman`s seed` to steal her penis and replicate itself as her parasitoid devourer, that is, it`s an alien, which has removed the brains of the human race and replaced them with its own. Although it seems science fictional, the evidence suggests that`s exactly what happened. From the parasitoid devourer`s point of view as the Satanical alien, the brain of the human species is the enemy, which it`s trying to kill with its `biological weapon`, HIV/AIDS, and its sham democratic institutions designedly constructed to promulgate institutionalized host womb slavery of the human futanarian species of `woman`s seed` in homosexuality and pederasty for war against `woman`s seed`. And it`s worked, because humans are terrified of women with penis, and it`s the source of human brainpower. If humans weren`t terrified of `woman`s seed`, she`d be everywhere in mass media edutainment programs. 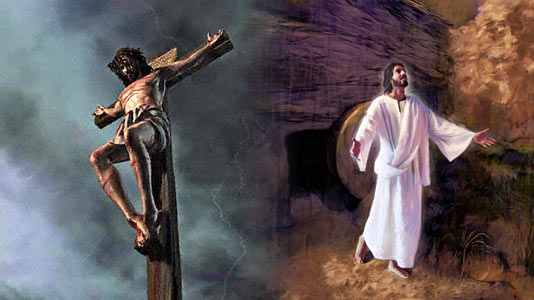 In the Bible it is written by Jesus` disciple, `Let he that has understanding understand. The number of a man is the number of the beast and his number is six hundred three score and six.` If futanarian women with penis of their own are conceived as 33% as the `remnant` of `woman`s seed`, men and women constitute 66.6% prior to species` sexual reproduction. Consequently, sexual repression of `woman`s seed`, that is, human futanarian women`s, is `the beast`, which has been manufactured as a single male brained creature wearing each others` clothes in `TV` transvestism by the alien parasitoid devourer for its entertainment in Satanism: `The second beast was given power to give breath to the image of the first beast, so that the image could speak and cause all who refused to worship the image to be killed.` (Rev: 13. 15) Those who reject `TV` transvestism are the human futanarian species of `woman`s seed` killed by the alien parasitoid devourer. From its perspective human brainpower infects its food with the belief that it can escape and live.