Chronos was the Greek god of time, who was Saturn to the Romans, and for whom the gas giant planet, sixth from the sun, and the second-largest after Jupiter, was named in the solar system that contains the Earth. Outward from the day star of the sun, which is known as Sol in terms of space navigation, the planets are Mercury, Venus, Earth, Mars, Jupiter, Saturn, Uranus and Neptune. In Greek mythology, Zeus was the son of Chronos, and king of the gods, whereas that role devolved upon Jupiter in Roman mythology, which explains why Jupiter is the largest planet. Of course, the solar system necessarily raises the issue of colonization by the human race, which only set its foot upon the moon on July 21, 1969 (UTC: 2. 56), when the Apollo 11 spacecraft’s astronaut, Neil Armstrong, delivered by a module detached from a lunar orbiter as the final part of a North American Space Administration (NASA) Saturn V three-stage chemically fueled rocket launched on July 16 (UTC: 13. 32), from Kennedy Space Centre, Merritt Island, Florida, relayed this message back to Mission Control, Houston, Texas, from the Earth’s satellite, the moon: ‘One small step for a man, one giant leap for mankind.’ Subsequent ventures into space exploration faltered there and on March 23, 1982, Ronald ‘Ray Gun’ Reagan initiated the United States’ ‘Strategic Defense Initiative’ (SDI) of a ‘space and ground based missile system’, which effectively prevented the escape from the Earth’s atmosphere of anyone that the US didn’t want to. Called ‘star wars’ after the 1977 movie, Star Wars IV: A New Hope, which featured the Death Star that orbited planets to kill them, ‘SDI’ was a move away from colonization of the cosmos towards making of the Earth a death centre for pogromers whose remit was to make the human species extinct.

In the Greek myth, the god of time Chronos is depicted as devouring his children, apart from Zeus, who Chronos’ wife, Rhea, saves by giving Chronos a stone to swallow. Chronos subsequently vomits up his other children. Consequently, as Saturn corresponds to Chronos in Roman mythology, so Satan corresponds to both in the Christian belief system: `The dragon stood before the woman who was about to give birth to devour her child the moment it was born.’ (Rev: 12. 4) The woman is ‘clothed with the sun and with the moon at her feet’, that is, her child is for the colonization of the planets amongst the stars. Moreover, according to theologians, the child, who ‘will rule the nations with an iron scepter’ is Jesus, the Jewish Messiah, in his ‘Second Coming’ to the Earth after he was born for the first time from his mother, the Virgin Mary, uncontaminated by male semen, because he was woman’s seed, that is, futanarian woman, who’re a self-fertilizing aspect of the species of women with penis’ semen of their own: ‘Love your neighbor as yourself.’ (Mk: 12. 31) Jesus’ teaching was viewed by the Roman Empire as that of a dissident spy working against their occupation of Palestine, so he was taken to the hill of Calvary outside the city of Jerusalem where he was nailed to a cross of wood and died there before experiencing Resurrection and Ascension to heaven in prefiguration of that of women’s seed. Consequently, the US’ SDI program to keep women a prisoner upon the Earth and prevent their race from running to colonize the planets of the solar system was a sign of Satan. As women all have host wombs, their capacity to sexually reproduce is exponential, which is a desirable attribute in terms of space colonization, for example, whereas 100 men in a room will likely result in no change or less living bodies through conflict in 9 months, a 100 women will produce 200 living people, which will rise to 400 a year later, and in 16 years, when the children are of a reasonable age for child bearing, the room, should it be planet-size, would contain (+/- due to unforeseen deaths and double births, etc.) 6, 553, 600 living humans, that is, more than six and a half million, whereas all of the men would be either dead or older by 16 years, which is self-explanatory for a species struggling to live with the astronomically high cost of maintaining the globe on a war footing to kill the human race and poor medical success in terms of rejuvenative technologies to care for the people who’re its storehouse of memoried know-how and future development. As Jesus’ disciple John wrote in his visionary apocalyptic Revelation of the future: ‘Let he that has wisdom have understanding, the number of a man is the number of the beast and his number is six hundred three score and six.’ (Rev: 13. 8) Just as men and women without women’s seed constitute 66.6% of humanity, so if 100 women are conceived as the 100% needed to colonize a planet before the children are of an age to reproduce, that is, at approximately 16 years, by that time they’d have produced 6.66 million living humans or thereabouts, which is ‘the number of the beast’, because men won’t conceive of it as a step towards the colonization of the cosmos. 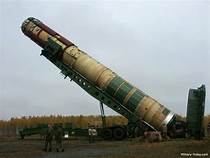 The reasons are relatively simple. In Genesis, which is the first book of the Old Testament of the Christian Bible, and which was the Jewish history and law of their Torah and Talmud before the teaching of the Jew Jesus ‘Christ’, ‘the chosen’, was accepted by the Christians as superseding it, the first woman, Eve, and the first man, Adam, are depicted as being tempted by the angel, Satan, who’d rejected God’s plan that the human host be greater than the angelic, with the power of war to slave in exchange for accepting its poison of the ‘fruit of the tree of the knowledge of good and evil’, that is, ephemeral death, ‘You shall be as gods.’ (Gen: 3. 5) Although Eve is depicted as emerging from the rib/side of Adam, it’s evident that Adam is a self-fertilizing woman and that Eve’s birth is described euphemistically. Eve is told by God that her seed will have enmity with the serpent’s, who becomes the dragon of Revelation, that is, an anti-human species’ war against women’s seed on the part of men and women who’ve accepted their role as duped slaves or slavers, ‘You shall crush the head of the serpent with your foot, but he will bruise your heel. (Gen: 3. 15) In other words, Satan’s missiles, and the Russian SS1 missile was ‘Christened’ Satan by the US, which partially implemented SDI with a 66.6% uncertainty rate of success per strike,  during the Presidency of Barack Obama from September 2009, as a North Atlantic Treaty Organization (NATO) ship-based defense system, Aegis, named for the shield of the daughter of Zeus, Pallas Athene, and who sprang fully armed from his head, so making it triply difficult for women’s seed to escape Earth. 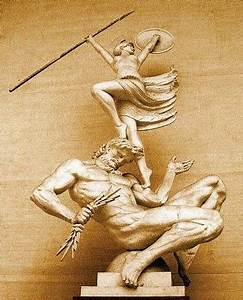 As women’s exponential capacity to produce brainpower for the colonization of the planets amongst the stars correlates with space, so men’s role is associable with time and clocks, that is, time running out for the footrace of the futanarian species of women’s seed, which is why Jesus was associated with Redemption and his mother, the Virgin Mary, is depicted in Christian iconography as crushing the head of the serpent with her ‘foot’, because Jesus was born uncontaminated by male semen, that is, he was an inclusive image of women’s seed, rather than women’s enemy: ‘The dragon was wroth with the woman and went to make war on the remnant of her seed.’ (Rev: 12. 17) In simple terms, women represent space, and their brainpower devoted to space colonization and medical science for the making permanent of their memoried know-how through technologies of rejuvenation, whereas men represent the Glocks of slavery that kill her brains. The Glock became the standard semi-automatic gun with European security agencies that were permitted to control their populations using firearms, after it began to be manufactured by Austria’s Glock Ges.m.b.H.  company in 1982,1 while the motto of Aegis is, ‘Guard of the Guardians Themselves’,2 which is the hubris that might be expected of a misogyny that would rather eradicate all signs of women’s seed than admit its desirability in terms of peace and comic colonization.

Just how the Earth became a slave society isn’t so complex. The basic ingredient is an almost total lack of interest in sexuality, which is identifiably termed ‘technical’. However, the initial signs historically were of a technical nature that appeared as homosexuality, for example, in ancient Greece in order to deal with the threat of the Persian Empire’s incursions into Greek territory, homosexuality in pederasty for war became institutionalized, that is, the much vaunted Greek democratic model adopted globally by countries such as the United States of America, was based on homosexuality for a war footing; or, as John wrote in Revelation, the 66.6% of men and women exclusive of women’s seed are ‘the beast’. As late as the early 21st century, homosexuality in pederasty for war against women’s seed was announcing itself as endemic, for example, the World Trade Centre in New York city became a target for ‘rough trade’, that is, that ‘brutality and violence’ associated with homosexuality, when Al Qaeda terrorists, led by Saudi Arabia’s Osama Ben Laden, and operating under the auspices of the notoriously misogynist Taliban regime of Afghanistan, hijacked civil airliners and crashed them into the Twin Towers of the WTC on September 11, 2001, so precipitating the activation of the US’ Military Industrial Complex (MIC) and war in the Middle East. 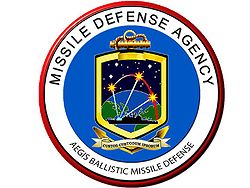 That the terrorists were extremist Moslems from amongst the nations of Islam that espouse the Koran (610-30 C.E.) dictated by the angels to Mohamed, according to Islamic tradition, is important. Although Judaism was founded by Abraham’s son, Isaac, born from his wife Sara, Judeo-Christianity views Islam as illegitimate because Abraham’s wife, Sara, barren after the birth of Isaac, gave her maid Hajer to Abraham and she bore Ishmael. Although Judeo-Christianity views Ishmael, and therefore his descendant, Mohamed and the Koran, as illegitimate, because Hajer was unmarried, the four wives permitted each marriage by Islam is in accordance with God’s support for women’s seed, that is, futanarian sexual reproduction between women within the human family is possible in Islam, while women wear the one-piece coverall of the burka to hide themselves publicly from the eyes of those who would kill their species, which is what the US’ army’s March 2003 invasion of Iraq, after its President Saddam Hussein had offered bases there to Al Qaeda, was really about: slavery. Using its global mass media  Empire to promote images of ‘TV people’ and penisless women, the US’ wars in the Middle East with its NATO allies were designed to enslave further the human host and kill it, before it could develop the brainpower to reach the planets amongst the stars of God’s heaven above. When Al Qaeda crashed the hijacked civil airliners into the WTC on 9/11, it was an event seen ‘live on CNN’ and other globally networked television channels as a protest against the absence of women’s seed. Men and women had been manufactured, at least by the founding of Babylon, the capital city of the Persian Empire (c. 4000 B.C.), as a single male brained transvestite creature wearing each other’s clothes for ‘TV war’, and promulgated in the 20th century and beyond by the district of Hollywood, ‘Babylon’, in the capital city of the US’ media industry, Los Angeles, in the west coast state of California, since the first movie released there, directed by D. W. Griffith in 1910, Old California: ‘Mystery, Babylon the great, mother of harlots and of the abominations of the Earth.’ (Rev: 17. 5) Space isn’t running out for the race, but time is, and manpower is almost extinct.