God`s conversations with the first woman, Eve, are on the subject of slavery, because she was tempted by the serpent, Satan, to `eat of the fruit of the tree of the knowledge of good and evil`, that is, death, `You shall be as gods.` (Gen: 3. 5) Eve is described in the Bible, that is, the history and law of the Jews that, in Hebrew, is the Torah and Talmud, which is called the Old Testament by the Christians, who accept the New Testament of the teaching of the Jewish Messiah, Jesus: `Love your neighbor as you love yourself.` (Mk: 12. 31) As a neighbor, Eve is a powerful friend, because God created her from the rib of the first man, Adam, to be by his side, according to the Bible, and the metaphor appears even more strongly at the death of Jesus upon the cross, where he was nailed by the Roman occupiers of Palestine, after he was taken to the hill of Calvary outside Jerusalem and crucified there as a `dissident`. Jesus had told his disciples that a Holy Spirit would teach after him, and the Roman guard, Longinus, pierced his side with a spear in an attempt to effect a `caesarian section`, in surgical terms, which is a procedure implemented by gynecologists to effect a birth from the side of a pregnant patient, because Jesus was called the `Second Adam` in Christianity, and so the Romans expected the `Second Eve` to emerge from the side of Jesus, as Eve had been born from the rib by the side of Adam, and then as a Holy Spirit wiser since Eden Eve would be the future teacher of humanity after the Jewish Messiah`s death. Although Eve is represented as being inferior because God created her from the side of Adam and the first man was made in the image of God, God`s words to Eve are revealing: `You shall crush the head of the serpent with your foot but he shall bruise your heel.` (Gen: 3. 15) Eve`s `foot` is her `seed`, which God tells her will have `enmity` with the `serpent`s seed` before Redemption will occur, and the term for `woman`s seed`, that is, women with semen of their own for the sexual fertilization of their own ovum to produce the brainpower their species needs to be greater than Satan`s, is futanarian, that is, the `foot` to crush the brainpower of the `serpent` seed` in Satanism. 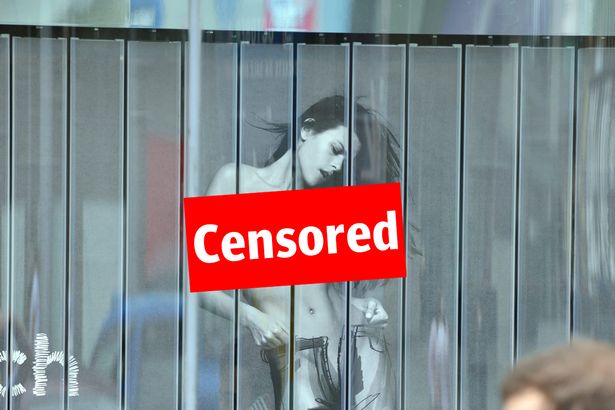 Explaining that Adam will labor, while Eve will experience labor pain, after rejecting God`s `fruit of the tree of life`, which is immortality, God expelled the pair from the paradise of Eden, because Eve had accepted host womb parasitism in ephemerality`s blind unconscious ignorance for the human race in exchange for power through parasitoid devouring, whereby death in war and plague makes brainpower, and its fruits, transient enough for the Satanists to maintain their enslaving power over humanity: `Your desire will be for your husband, and he will rule over you.` (Gen: 3. 16) God`s words are Eve`s punishment, but she`s promised Redemption from slave rings through her `seed`, and `foot`, so Jesus` mother, the Virgin Mary, is depicted in Christian iconography through the imagery God presented to Eve in Eden of the role of her `seed`, that is, crushing the head of the serpent, Satan, with her `foot`, because Jesus was born uncontaminated by male semen. Consequently, after Jesus` death, his subsequent Resurrection and Ascension to heaven prefigured that of `woman`s seed` through women`s own futanarian mode of sexual reproduction, which can give her the brainpower to liberate her from slavery to unredeemed men who`ve accepted their role as parasites upon the host womb of women`s futanarian species and perpetrate war as a parasitoid devouring of the host in order to remove the brains produced by `woman`s seed` to ensure slavery in ephemerality for the human race. With brainpower derived from `woman`s seed`, humans could devise technologies to take them to colonize the planets and stars in starships and escape slavers, but their wars against `woman`s seed` prevent her from developing the medical science to confer God`s promised immortality for the permanent knowledge of the operation and maintenance of human technology, which is why the late 20th century `incurable killer disease`, HIV/AIDS` `blood plague` (Rev: 11. 6), is the `biological weapon` of the `serpent`s seed` keeping women in fearful faithfulness to her ring slavers: `Men cursed the God of heaven for their pains and their sores but refused to repent of what they had done.` (Rev: 16. 11) Although pornography is a societal taboo it`s more properly understandable as sex education for the human futanarian species of women which she`s denied in slavery. 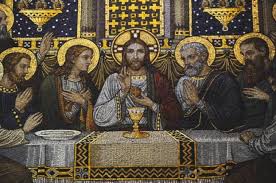 For men the sex act is a symbol of the woman`s slavery as a producer; for example, male braining produces a single creature wearing each others` clothes as a transvestite `TV`, which is what humans are used for: to manufacture a `TV`. Automobiles` transmission is a mobile `TV` sending pictures, while the demons` drivers pedal their slave treadmill. Although the first mass produced motor cars, the Model T Ford, were manufactured in 1908`s Henry Ford plant in Detroit, Michigan, the United States of America, pedals had remained standard controls as late as the beginning of the 21st century because disabling vehicles control the pedalers and maintain the slave treadmill for the transmitting of pictures by automobile `TV`. By occluding women from sex education about their own species` mode of reproduction humans are maintained in blind ignorant unconsciousness without the brains to see the truth even if Hollywood Babylon hadn`t banned humans from the movies in 1930 by means of President of the Motion Picture Producers and Distributors of America (MPPDA), Will Hays` `Hays code` that made it taboo for the `foot` of Eve`s futanarian race to be seen raising her species from the `bedroom flaw` in Christian moral thinking: `... women, in love scenes, at all times have `at least one foot on the floor` (in other words, no love scenes in bed).`1 Because men don`t want `woman`s seed` to escape Earth`s imprisonment, and their host womb slavery in parasitism to the parasitoid devourer, war, they don`t want her futanarian `seed` to be raised from the floor of the Earth. After the invention of the physical mechanism of `TV` apparatus for transmitting pictures by John Logie Baird in 1926, Hollywood Babylon prepared to promote debilitating technologies through mass media propaganda against the human species` sexually reproducing brainpower to escape the history of its extinction through wars against `woman`s seed`. The US` movie industry planned history as a `snuff film` based on the Roman `TV` model of huge amphitheaters for people to watch others being killed as `live` entertainment, which television offered the option of watching as `recorded highlights` or `action` dramas mainly depicting the history of war, or its futuristic extrapolations dependent on the absence of `woman`s seed` from the `big picture` in movie theatres. It was a vision of a world of horror the Bible warned of in its description of `a woman`, Babylon, who gave her name to the capital city of the Persian Empire, Babylon, and from whence the west coast film industry in Hollywood, Los Angeles, derived its name, Babylon: `Mystery, Babylon the great, mother of harlots and of the abominations of the Earth.` (Rev: 17. 5) Taboos about sex are a `double blind` in which the absence of the male penis from scenes of sexual intercourse in the movies deny the existence of the penis of the futanarian woman. Pornographic images of sex acts between men and women emphasize the slaving and slave aspect of the relationship between the slaver and the slaved for the manufacture of the `TV` pictures being transmitted, or watched as a video recording. Consequently, as `home entertainment`, `TV` is the watching of `live`, or recorded, transmissions of pictures of human slavery in which the sex slaves at home are entertained by their HIV/AIDS` transmissions. 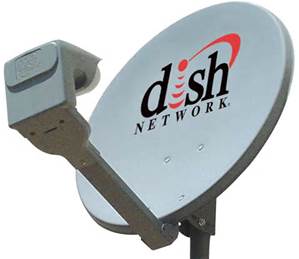 By the early 21st century `home entertainment` used `satellite dishes` because Jesus` bowl at the `Last Supper` at which he was betrayed to the Romans by his disciple, Judas, was called the Holy Grail thereafter. As the human host, Jesus had offered `bread and wine`, as symbols of his `body and blood`, in fellowship, but Judas, who was known for stealing from the collection plate after a sermon by Jesus, suggested that some expensive perfume he`d seen a woman anointing Jesus with should be sold to raise money, and Jesus was subsequently given over to the Jewish religious police, the Pharisees, by Judas for `thirty pieces of silver` as a `dissident`, because Jesus had told him: `Leave her alone.` (Mk: 14. 6). The Pharisees gave Jesus over to the Romans, who killed him, because Judas didn`t want Jesus to sexually reproduce with the woman. Judas` `thirty pieces of silver` was his payment for the Romans` TV dinner`, because the death of `woman`s seed` would ensure the development of a single brained male creature wearing each others` clothes as a transvestite `TV` for the entertainment of the Empire. By the early 21st century, `TV` pictures were being transmitted through the Holy Grail of the satellite dish to the `TV` consumer in Satanic mockery of Jesus` Holy Grail. However, in Christianity the officiate`s wafer and sip of wine from the chalice administered to the petitioner during the ritual of transubstantiation in church services represents the parishioner`s acceptance of the need to transform their sinful nature through repentance and metanoia, that is, the Holy Grail, which is that brain transformation resulting from acceptance of `woman`s seed` and rejection of homosexuality.

The ancient Greeks` method of institutionalizing women`s host womb slavery was homosexuality in pederasty for war. The Greek poet, Homer, relates in his Iliad (760-10 B.C.) how the Greeks built a huge hollow wooden horse, which the Trojans took into their city of Troy, and from whence the Greeks emerged to enslave the host wombs of the women for homosexuality in pederasty to spread men`s contagion of war and plague further. Although Greece is held to be the model for democracy, men`s arrogating of 50% of the human vote from a species that can sexually reproduce without them is disenfranchisement by an alien virus. Defined by association as a brainless `gay` monkey with AIDS by biologists, humans` discovery that a space borne virus could have traveled to the Earth supports the contention that millions of years ago a viral form somehow inveigled itself into women`s futanarian species` host womb to steal her penis` semen and replicate itself as a parasitoid devourer of the race, which is the `gay` monkey biologists` define as the culprit. Satan is often called the `ape of God`, because apeing God as the Creator is what those who manufacture humanity as a `TV` do. Liberation through the sexual reproduction of her own brainpower through her own `seed` is what human futanarian women`s species` Redemption is, whereas AIDS` transmission as `TV` is what men`s virus is. It`s an alien wanting to use a species as a television, which disables the `TV` if the pictures become too revealing, and so the mobile `TV` industry hasn`t progressed since 1908, although for mobile `phone using pedestrians off their treadmill of automobile `TV` picture transmission, `phone transmitted pictures depicting the progress of the HIV/AIDS` virus war against `woman`s seed` reveal a phoney race still intent on remaking a definitive `TV` version of its last and final stand for its `phone, with legs together; or perhaps apart.