According to the Bible, Satan was imprisoned on the Earth by God for rejecting God`s plan that the human host would be greater than the angelic. Satan was the angel turned into a serpent By God, and placed in the paradise of Eden, which was heaven on Earth from whence Satan had fallen, where he tempted the first woman, Eve, and the first man, Adam, with the `fruit of the tree of the knowledge of good and evil`, that is, death, saying `You shall be as gods.` (Gen: 3. 5) Gods, because host womb slavery for the human host in ephemerality is parasitism for the parasitical, that is, Eve and Adam exchanged the power to live immortally for the power to wage war as a parasitoid devourer of humanity when they rejected God`s `fruit of the tree of life`, which is eternal brainpower and memory. Expelled from Eden, Adam was told by God he must labor while Eve would experience labor pain before Redemption would occur. God told Eve her `seed` would have `enmity` with the serpent`s before humans would be released from the controlling coercive power of the brain of men in Satanism: `You shall crush the head of the serpent with your foot although he shall bruise your heel.` (Gen: 3. 16) In Christian iconography, the `foot` is Jesus` mother`s, the Virgin Mary, who is depicted crushing the head of the serpent with her `foot`, because Jesus was born uncontaminated by male semen and he taught the virtue of releasing `woman`s seed` from the prison in which men kept her: `Love your neighbor as you love yourself.` (Mk: 12. 31) Because women can sexually reproduce with each other as futanarian humans with their own penis` semen, theirs is the brainpower that can crush the head of Satan, which is why Jesus was born uncontaminated by male semen from his mother, the Virgin Mary. When Jesus was taken to the hill of Calvary outside Jerusalem as a `dissident` and nailed to a cross of wood where he died before Resurrection and Ascension to heaven, it was a prefiguration of that of `woman`s seed` through the sexual reproduction of her own brainpower for the conferring of immortality upon individuals through medical science and so their permanent knowledge of the operation and maintenance of developed labor saving technologies through their eternal memories resulting ultimately in the colonization of the planets amongst the stars of heaven above in starships of women`s own devising. 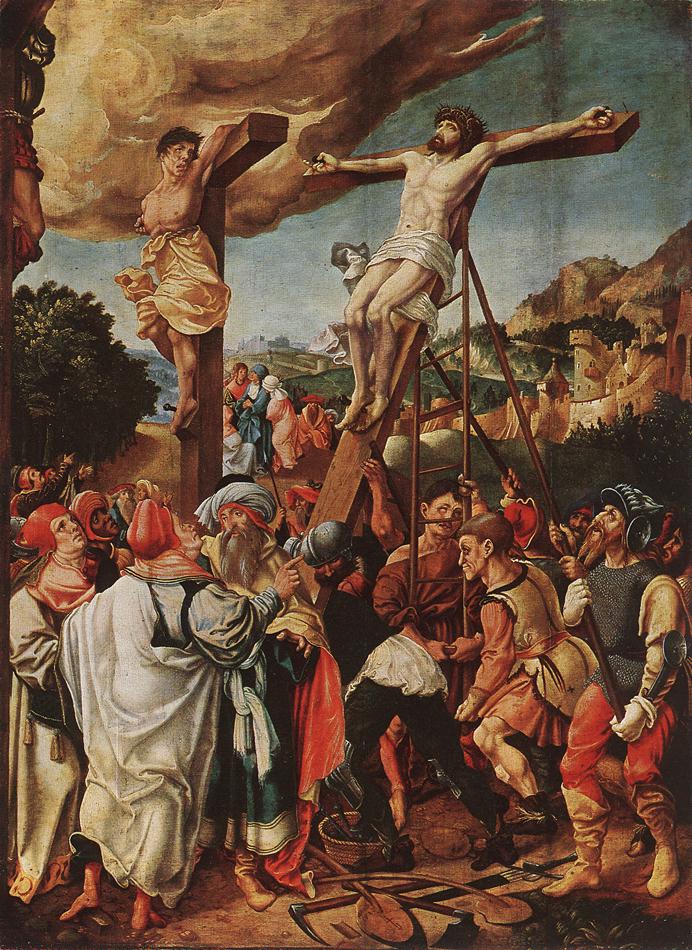 When a woman was anointing Jesus` feet with expensive spikenard perfume, his disciple Judas, who was known for stealing from the collection plate after a sermon by the Jewish Messiah, suggested that the spikenard be sold to raise money, but Jesus rebuked him: `Leave her alone.` (Mk: 14. 6) Consequently, at what came to be known as Jesus` `Last Supper`, where the human host gave the disciples `bread and wine`, as symbols of the human host`s futanarian `body and blood`, which men and women were required to accept by God, Judas betrayed the Messiah, and gave Jesus over to the Jewish religious police, the Pharisees, for `thirty pieces of silver`, and the Pharisees gave Jesus over to the officials of the Roman Empire then occupying Jewish Palestine who crucified him. because Judas was a coward who didn`t want Jesus to sexually reproduce. Jesus` Resurrection and Ascension to heaven was as an escaped prisoner, who ignored the evil, but went on healing the sick and teaching his escape method. Because `woman`s seed` could sexually reproduce without men, men who couldn`t sexually reproduce without women were 0% of the vote in any democracy, whereas ancient Greece was held to be the model of Western democracy as an institutionalized  host womb enslaver of the human race for the waging of war against `woman`s seed` in homosexuality and pederasty. The Roman Empire was a single male brained creature wearing each others` clothes as a transvestite `TV` and Jesus was killed as the representative of `woman`s seed` to repress any thoughts women might have of changing the television program of warfare against them. Although Eastern dictatorship wasn`t Western democracy, women`s host womb enslavement by men for homosexuality in pederasty and war is described in the Bible as Babylon, `a woman`, who gave her name to the capital city of the Persian Empire (c. 4000 B.C.), because that`s where `woman`s seed` was repressed there: `Mystery, Babylon the great, mother of harlots and of the abominations of the Earth.` (Rev: 17. 5) Jewish tradition was futanarian insofar as Jews were born from women, so women were Jews, which explains why Jesus was born uncontaminated by male semen as the `woman`s seed` of the `chosen people` of God`s Bible descended from the son of Abraham, Isaac. After the birth of Isaac, Sara was barren, and gave her maid, Hajer, to Abraham, who bore Ishmael, the founder of Moslem Islam through his descendant, the Prophet Mohamed, who received the Koran (610-30 C.E.) from the angelic host. Islam legitimizes Ishmael by affording futanarian women`s humanity the opportunity to sexually reproduce within Moslem families that have four wives, that is, as an extension of the Jewish futanarian tradition. 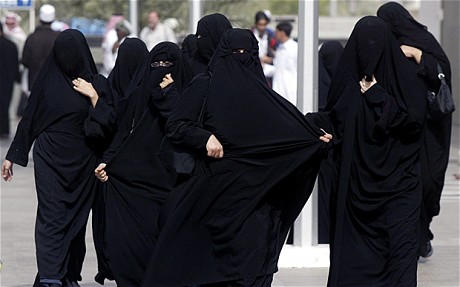 Although the prevalence of religious and secular dictatorships is explicable in Islam as a means of men`s keeping power, Western democracy is a misogynist sham too. Despite the global condemnation of the Al Qaeda terrorist group, led by Saudi Arabia`s Osama Ben Laden, hijacking civil airliners on September 11, 2001, to crash them `live on CNN` and other television news` networks into New York city`s Twin Towers of the World Trade Centre on the East coast of the United States of America, the WTC was a symbol of `rough trade`,1 that is, that `brutality and violence` associated with homosexuality in pederasty, which is the plague men spread: `Men cursed the God of heaven for their pains and their sores, but refused to repent of what they had done.` (Rev: 16. 11) What they`d done was reject `woman`s seed` for homosexuality in pederasty and warfare against her by mixing blood, shit and semen in each others` anuses to spread the HIV/AIDS` `incurable killer disease` to keep her in fearful faithfulness to their ring slavery. When Iraq`s dictator went on TV to offer bases to Al Qaeda in Iraq and provoke the USA into a March, 2003, invasion, Saddam Hussein, whose name meant `small handsome man` and `crusher`, could see the ruins of the ancient city of Babylon from his summer palace at Hillah, and reflect upon his role as an actor for Hollywood Babylon where futanarian `woman`s seed` had been banned by the `Hays code` of the Motion Picture Producers and Distributors of America (MPPDA) from appearing on screen as long ago as 1930 to ensure male braining for `TV war` in the absence of a genuine women`s education medium: `... women, in love scenes, at all times have `at least one foot on the floor` (in other words, no love scenes in bed).`2 Although Saddam Hussein was executed on December 30, 2006, after the USA`s toppling of the misogynist Taliban regime supportive of Al Qaeda in December 2001, his was the Moslem futanarian `foot` that was the `crusher` of the head of Satan on behalf of `woman`s seed` in Islam. Moslem women conceal themselves in public by wearing the one-piece coverall of the burka, whereas women`s nudity in Hollywood Babylon is ubiquitous but penisless, which suggests there aren`t any women, or humans, because the global mass media accept `TV` propaganda. 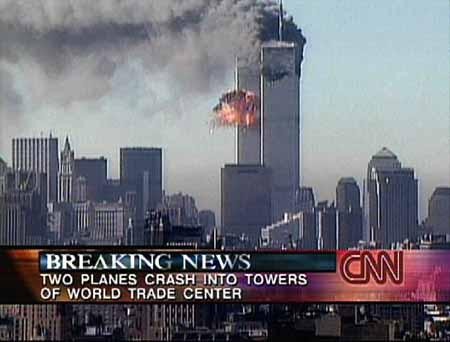 D. W. Griffith made the first Los Angeles, Hollywood, movie Old California, in 1910, and John Logie Baird invented television as the new home entertainment mass media in 1926, which was followed in almost indecent haste by the President of the MPPDA, Will Hays, banning `woman`s seed` from the Hollywood Babylon movie industry through the 1930 `Hays code` which effectively ensured the manufacture of the human species as a single male brained creature wearing each others` clothes in `TV` transvestism for the filmed entertainment of killing known as `snuff` because of the way in which candle flames symbolizing individual life are put out: `Your candle burned out long before your legend ever did.`3 Penisless sex symbol actress Marilyn Monroe was found dead in the nude in 1962, and pop singer Elton John`s lyric from `Candle In The Wind` (1973) reflects upon an industry that, having marketed death in the cinemas as entertainment for the human species` killers, wanted to bring the alien pogromer into people`s living rooms where they`d be `TV at home` and watch themselves die there. Although the invention of automobile transmission and the first mass produced motor car, the Model T Ford, at the Henry Ford factory in Detroit, Michigan in 1908, looked liberating, cars were still being pedaled on 9/11, 2001, as a slave treadmill for automobile `TV` picture transmissions. Deluded into believing they were traveling, the drivers of vehicles, that is, the `fear kills`, were in fact paralyzed in their seats as agoraphobics afraid of going out, and claustrophobics afraid of being closed in, following the rear of the disabled. When the Gulf war between the US and Iraq took place, it was the `Pinocchio syndrome` as, wending serpent-like behind each other in denial of homosexuality in pederasty, their noses grew longer until, guns atop their tanks, they hurtled `gaily` towards each other as parasitoid self- devourers inflicting `collateral damage` on the `remnant` of `woman`s seed`. A new term, `TV war`, arose from the Gulf, as killing became entertainment for those watching women`s species die `live` at home in paralysed disability, rather than get into their disabling `TV` vehicles, and transmit some pictures home from afar. 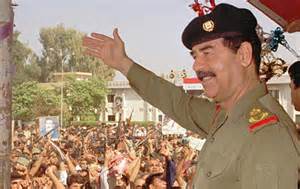 Home `TV`, and roam`s automobile `TV`, is used as a medium for persuading humans to get into their vehicles, that is, the paralyzing `fear kills`, and participate in being killed by their parasitoid devourer, while the `remnant` rest watching themselves as a single male brained `TV` transvestite creature wearing each others` clothes suiciding as entertainment for the even more cowardly parasitoid devourer at home. Although the battlefield of Iraq featured the furious hurtling towards each other of men in tanks with long nosed turret guns atop, the `Pinocchioid` imagery is of a creature that doesn`t arise from the seat where it`s expected to die, that is, Satan`s throne, the `father of lies`. In short, women`s futanarian humanity is expected to remain on Earth as a prisoner in Satanism until extinct, because men are terrified the women will leave, and they`ll remain as the ignored behind. Because some scientists believe that viruses like HIV/AIDS were borne through space, women`s futanarian humanity`s species` fate as the host womb to a parasitoid devourer is suggestive of an alien life form somehow inveigling itself into the race`s womb millions of years ago to steal its penis` semen and replicate itself as the `enemy` God warned Eve her `seed` would have. Consequently, the `serpent`s seed` would be an alien parasitical viral life form that produces HIV/AIDS through men`s homosexuality in pederasty for `biological warfare` against `woman`s seed` as the dying throe of the parasitoid devourer from Satan`s throne. Or, in simple terms, futanarian humanity is a species surviving an alien virus, which replicates women for its `TV`, and HIV/AIDS` poison through the anus to the brain is symptomatic of men`s parasitoid nature, which kills the host after replicating itself.