Homepage > Clubbing With The Seals

Clubbing With The Seals

Clubbing With The Seals 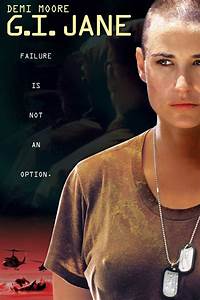 The serpent in the paradise of heaven on earth that was Eden was the angel, Satan, who rejected God`s plan that the human host should be greater than the angelic. Tempting Eve with the promise of the power of war in exchange for giving her species over to host womb slavery in ignorance and ephemerality, Satan, who`d been turned into a serpent by God as his punishment, corresponded to what humans have been taught to think of as a man. In short, God killed Onan because Tamar should either have been able to impregnate herself, as Adam had done, or a futanarian woman should have impregnated her, but men of the `serpent`s seed` that had enslaved her host womb had killed her capacity to sexually reproduce with her own race. Oedipus, whose name means `swollen foot`, limps because he`s a lame brained excuse for a race. As a host womb parasite on the human futanarian species of `woman`s seed`, the sexually reproduced haven`t any brainpower, that is, they`re brain damned, and brain damaged. 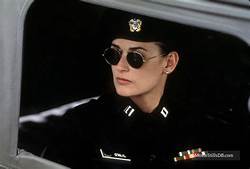 After his self-blinding, which is a punishment self-inflicted in contrast to Adam`s self-fertilization, because of men`s incest taboo, that is, essentially a taboo against same-species sexual intercourse, Oedipus` daughter perforce has to lead Oedipus` blind steps onward. In short, Oedipus is blinded by men for being closer to species` sex, that is, sexual intercourse with his mother, Jocasta, because his role is to stand between mother and daughter to prevent species` sex from occurring. The self-fertilization of the futanarian woman, Adam, was a species` survival tool in the face of a creature that was its killer, and host womb slaver. In parasitology, the parasite that emerges to kill the host is termed `parasitoid`, which is what men are. The `serpent`s seed` of men developed ring slavery in monogamy to prevent `woman`s seed` from sexually reproducing the brainpower she needed to be able to see further. A race for the colonization of the planets among the stars of heaven, the `serpent`s seed` of men sought to keep the members of woman`s species separate from each other in order to slave her womb to entertain itself with a war host to keep her a prisoner to death when her own sexually reproduced brainpower would have conferred immortality through medical science and the permanent memory needed to maintain, after building, the starship technology of interstellar travel. 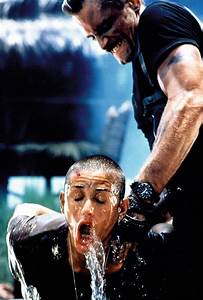 Men of the `serpent`s seed` kill and blind the human futanarian species of `woman`s seed` for masturbating, and thinking about sexual intercourse, because they`re her host womb slaver for war against her race`s achieving the stars of heaven above the Earth. Although the supposed celibacy of the virgin, Jesus `Christ`, `the chosen` Jew, is often held as the example of the individual who has denied the physical realm for that of the spiritual in which the technology of the automobile and the television became the products of intellectual endeavor, Jesus` teaching isn`t denying of sexual reproduction: `Love your neighbor as you love yourself.` (Mk: 12. 31) Taken to the hill of Calvary outside the city of Jerusalem during the period of the occupation of Jewish Palestine by the Roman Empire, Jesus, who was born uncontaminated by male semen from his mother, the Virgin Mary, was nailed to a cross of wood as a `dissident`, where he died, but experienced Resurrection and Ascension to heaven in prefiguration of that of `woman`s seed`. 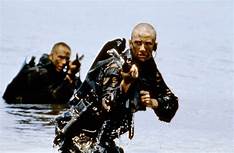 Men and women had been manufactured as a single male brained creature wearing each others` clothes in `TV` transvestism at least since the Empire of Persia. The capital city of Babylon (c. 4000 B.C.) was described by Jesus` disciple, John, in Jesus` New Testament of the Bible`s apocalyptic Revelation of the future: `Mystery, Babylon the great, mother of harlots and of the abominations of the Earth.` (Rev: 17. 5) When the television `TV` machine was invented by Scot, John Logie Baird, in 1926 for the reception of broadcast `TV` pictures of men and women, the mass media Empire of Hollywood, in the district of the city of Los Angeles, California state, on the west coast of the United States of America, was already labeled `Babylon`, because war is what `TV` made. With its monocular widescreen, the auto was a mobile `TV` for the transmission and reception of pictures, which developed into battles between armored weapons after the `TV`, tired of having its rear pursued by the other latent homosexuals, sought a conflict in which the `brutality and violence`1 that characterizes homosexuality in pederasty for war could be expressed. When Darius, the Emperor of Persia, invaded Greece with his army in 492 B.C., the Greeks had institutionalized host womb slavery of women for homosexuality in pederasty for war, which is the nature of Empire, so Hollywood was labeled `Babylon` for its abominations, which were homosexual; for example, Will Hays, President of the Motion Picture Producers and Distributors of America (MPPDA) established the `Hays code` in 1930 forbidding women`s mode of futanarian sexual reproduction from ever being disseminated by the global mass media accepting of its propagandist influence: `... women, in love scenes, at all times have `at least one foot on the floor` (in other words, no love scenes in bed).`2 The edict relates to God`s words to Satan before the creator transformed him into a serpent: `On your belly you shall go.` Homosexuals club together to get the human race to accept their love of sterility, that is, humans have to be on their bellies in order to accept the homosexuals` contagion, which by the late 20th century had developed into `biological warfare` through the spread of the simian virus (SIV) mutation, HIV, by men`s mixing blood, shit and semen in anuses in mockery of women`s human futanarian mode of sexual reproduction.

Discovered by DR Congo in 1983, the human immune deficiency virus (HIV) acquired immune deficiency syndrome (AIDS), resulting in the collapse of the victim`s organs, and brain death, kept women in fearful faithfulness to their ring slavers in monogamy. An `incurable killer disease`, HIV/AIDS was effectively launched as homosexuality`s `biological weapon` against the `remnant` of the human species of futanarian `woman`s seed`: `The dragon was wroth with the woman and went to make war on the remnant of her seed.` (Rev: 12. 17) The `red dragon` is a metaphor for the `blood plague` (Rev: 11. 6) of the `serpent`s seed`: `Men cursed the God of heaven for their pains and their sores, but refused to repent of what they had done.` (Rev: 16. 11) What they`d done was use their penis as a club to brain the human race with AIDS, which was nothing new apart from the advanced cowardly nature of the attack from behind, which didn`t show any physical signs of the skull being broken by their `gay` clubs, although it`d always been obvious that was what they planned to do with the `weapon` they`d stolen from the human host womb of the futanarian species of `woman`s seed` as her parasitoid invader: `The dragon stood before the woman who was about to give birth so that it might devour her child the moment it was born.` (Rev: 12. 4) Without immortality, the child`d soon be on its belly, and in its belly. Where the pederast was clever was to affect concern for the child, whereas the objective for the human is immortality, and the permanence of memory to maintain civilization. Focusing on the life of the child, the pedophile maintains its connection with its victims, and HIV/AIDS ensures a plentiful supply of newborn `serpent`s seed` boy sons (poisons) for homosexuality`s war against the human futanarian species of `woman`s seed`. 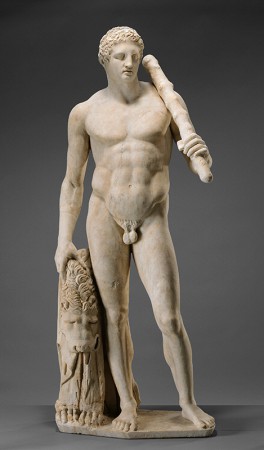 Hit with its stick, the race won`t see much further than its cigarette`s stick, symbol of the smoked penis, and brains of the human race. Transformed from a penis into the symbol of the extinction of `woman`s seed`, the cigarette `smoking gun` is an apocalyptic sign upon humanity for accepting host womb slavery in war to the fire breathing dragon of the `serpent`s seed` of men: `Let he that has wisdom have understanding, the number of the beast is the number of man and his number is six hundred three score and six.` (Rev: 13. 8) Although Greece is held as the founder of democracy, without `woman`s seed` it`s 666, that is, 66.6% of the `remnant` of the human race electing `the beast` of `TV` war. Dropping its bomb sticks from its B1 and B2 bombers, the USA improved on the species` damnation it began in the 1930s, when the Christian German National (Nazi) Socialist Party elected in 1933 went on to pogrom upwards of 20, 000, 000 of the Jewish `chosen people` of God`s Bible. Judaism`s futanarian tradition is that a Jew can only be born from a Jewess, that is, women are Jews, which is why `the beast` killed them to ensure the success of its `TV` image: `The second beast was given power to give breath to the image of the first beast, so that the image could speak and cause all who refused to worship the image to be killed.` (Rev: 13. 15) Just as TV breathed new life into cinema, so the B1 and B2 bombers in the war over the nations of Islam corresponded to the `first beast` and `second beast` of Revelation in support of their objective in suppressing `woman`s seed`. 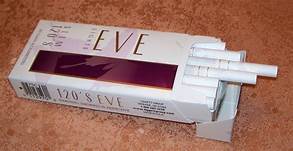 Although Judaism was founded by Isaac, the son of Abaraham, and his wife Sara, she was barren thereafter, and gave her maid, Hajer, to Abraham, and Hajer bore Ishmael, who founded Islam through his descendant, Mohamed, who received the Koran (610-30 C.E.) from the `angels of God`, according to its Moslem believers` tradition, which permitted four wives to the families of the Moslems, so affording the possibility of sexual reproduction between women; in accordance with God`s plan. Christianity argues that the four wives are a retroactive attempt by the Moslems to legitimize Islam, because Ishmael was the son of an unmarried mother. However, because the four wives of the Moslems among the nations of Islam are a sign of the persistence of `woman`s seed`, the US` military campaigns in the Middle East are perceivably part of a long term pogrom on the part of the `serpent`s seed` of men against the human race. Beneath the one-piece coverall of their traditional burka, worn to keep their identity as futanarian `woman`s seed` publicly concealed from the westerners, whose democracy doesn`t have humans, the Moslem women of Islam resemble seals awaiting the club. In the film G.I. Jane (1997) made by Hollywood Babylon, actress Demi Moore undergoes US` Navy SEAL training in which her character, Jordan O'Neil, is tied to a chair, struggling, with her hands behind her back, and her head repeatedly dunked in ice cold water, because she`s a woman who wanted to be a SEAL, and misogyny doesn`t want women to be seals for their own human futanarian species of `woman`s seed`. 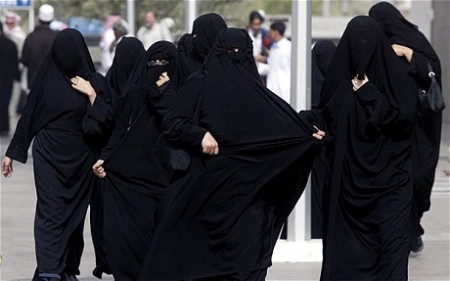 As a degenerate life form expelled from heaven above by God, the angel transformed into a serpent perhaps symbolizes an ancient evolutionary past in which the saurians of the Mesozoic period of Earth`s history, 248 m.a., developed intelligence enough to colonize the planets, before the emergence of the prototype humans in the Jurassic period, 220 m.a., and the process of saurian host womb slaving of the human futanarian species of `woman`s seed` began. Soaring over the Earth, dropping its bomb sticks, the brains of the blind humans below can be excused for being lame.

1 Merriam-Webster `male homosexuals who are or affect to be rugged and potentially violent; also: such a homosexual`, https://www.merriam-webster.com/dictionary/rough%20trade .