The Universal Life Church, an American Christian organization, with many of California state’s media industry stars from its Hollywood, city of Los Angeles district, as both members and ministers; for example, pop music's Lady Gaga, movie legend, Doris Day, Playboy magazine's Hugh Hefner, pop music's Adele, and rap music’s Cardi B, ran an article in its July 6th newsletter, delivered by e-mail to many subscribers, The Visionary: Epistle of the Universal Life Church Ministries, ’Is Gay Marriage Next?’ A little further down the scroll was an article on the banning of the burkini by the people of the city, Grenoble; prefecture of the Isère department in the Auvergne-Rhône-Alpes region of southeastern France; lying where the Drac river merges into the Isère river at the foot of the Alps, near Echirolles. The one-piece coverall swimwear modeled on the burka, and apparently originally modeled in the promotional video for ’True Faith’ (1987) by Gillian Gilbert of the English post-punk rock music band, New Order,1 is worn in public by Moslem women in the nations of Islam, whose Prophet Mohamed received the Koran (610-30 C.E) from the angels of God, according to tradition, because they don’t want men’s eyes upon them, which supposedly religious point of view is viewed by the French as challenging their separation of the life of the public from religion, which is secularism. However, separation of the individual from their inner mind, that is, their spiritual self which, apart from religion’s dictates, has its own volitional decision making will, is to create society as a collection of automata: people as machines, who’re a part of the soulless machinery of the state’s dictatorial totalitarianism; as evidenced in the rise of France as Napoléon Bonaparte’s first Empire, after a 1799 coup d'état; the first French people’s Republic subverted by its military leader. Although Moslems are often accused of having a religious dictatorship, which is anathema to those concerned with liberty, rather than libertarian excess, in France and the United States, for example, the burkini symbolizes for women the spirit of the freedom of their species’ body from host womb enslavement by a parasite. 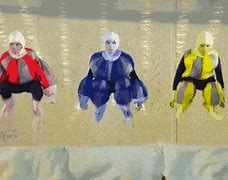 The statue of ‘Liberty’ (1886) stands at the mouth of New York city’s harbor, as a gift from the French in celebration of both their revolution in 1792 against the oligarchy of their own aristocracy, with Louis XVI as its king, before the founding of the first French Republic, and the success of the US’ revolution against the British Empire of George III, celebrated on July 4th as Independence Day, that is, the founding of the US’ Republic in 1776. A broken shackle and chain lie at Liberty’s feet, commemorating the US’ abolition of its slaving of black people, subsequent to the American Civil war (1861-5). However, as a type of the Roman goddess, Libertas, despite the fact that she bears aloft a torch meant to symbolize light and knowledge, Jesus ‘Christ’, ‘the chosen’, was a most notable victim of Roman paganism, so Liberty’s penis isn’t visible beneath her burkini, as she prepares to step into the waters from her island to swim, because pagans were for sacrificing humans. 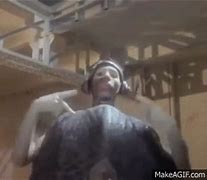 Although Ishmael, whose descendant, Mohamed, was the second son of Abraham, by ’the Egyptian woman’ (Gen: 16. 1), Hajer, a concubine, and Abraham’s first son, Isaac, by his wife, Sara, founded Judaism, perceptions of Islam as being illegitimate are false. According to Judeo-Christianity, the four wives permitted to Moslem marriages by the Koran were an attempt to legitimize Islam, because Ishmael was illegitimate. However, the four wives of the Moslems are afforded as an opportunity for women with penis of their own to sexually reproduce within the Islamic family, while the women wear the burka to conceal their gender, because of male misogyny. The burkina is a form of burka designed to afford the human futanarian species of women’s seed the opportunity to swim with other members of their race. In short, denying women the choice to wear the burkini is a form of ethnic cleansing, which the French with their innate regard for tolerance wouldn’t countenance if they hadn’t been made to live in ignorance. 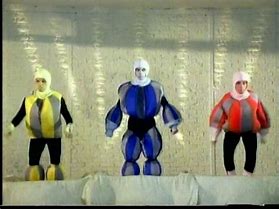 Although Christianity believes itself moral, a glance at the Old Testament story of the fall of Eve and Adam is salutary. The Christian Bible is the history and law of the Jews, which is their Torah and Talmud, together with the teaching of Jesus, the New Testament Christ, ’the chosen’, who is believed to have superseded the Old Testament with the words, ’Love your neighbor as you love yourself.’ (Mk: 12. 31) God, the creator, placed Satan, the angel, in the paradise of Eden, turned into a serpent for rejecting God’s plan that the human host be greater than the angelic. Giving Eve ’the fruit of the tree of the knowledge of good and evil’, which it was death to taste, Satan said ’You will be as gods.’ (Gen: 3. 5) Expelling Eve and Adam from Eden for rejecting ’the fruit of the tree of life’, that is, immortality, for death and slavery, God promised Eve, ’You shall crush the head of the serpent with your foot, but he will bruise your heel.’ (Gen: 3. 15) In Christian iconography, Jesus’ mother, Mary, is depicted crushing the head of the serpent with her foot, because Jesus is the representative of women’s futanarian seed, born from his mother, the Virgin Mary, to underline the fact that women can produce without men. Moreover, when Jesus’ disciple, Judas, found Jesus with a woman, he notified the Jewish religious police, the Pharisees, who had him arrested and executed by administrators of the Empire of Rome then occupying Jewish Palestine. Taken to the hill of Calvary outside the city of Jerusalem, Jesus was nailed to a cross of wood where he died, for being with a woman. However, he experienced Resurrection and Ascension to heaven in prefiguration of that of women’s seed. Upon the planets amongst the stars, free of ring slavery, awaits the destiny of the human race’s genius. 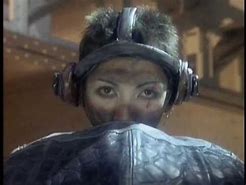 Or men can marry their own butthole, so they can put a cork in there, while they’re preventing the women’s genius from escaping. Manufacturing people as a single male brained creature wearing each other’s clothes as a TV is what ’gay’ marriage is. Or, rather, it’s what homosexual marriage is. Lesbians are different, because they prefer it smooth, that is, women’s seed have been castrated by lesbianism and homosexuality to prevent the human race from interfering with their alien TV; broadcasting the fall of man as death and slavery. The French might say to lesbians, bisexuals, and homosexuals, that is, the ’gay’ community, ’Ooh la la! C’est la vie!’ However, if there aren’t any babies coming out of the women’s wombs from women’s seed, for the humans it’s genocide, that is, babes are baby food for the alien devourer, as Jesus’ disciple, John, foresaw in his apocalyptic vision of the future, Revelation, ’The dragon stood before the woman, who was about to give birth, so that it might devour her child the moment it was born.’ (Rev: 12. 4) To what extent women are bred as food by the farm is open to revelation, although there are indications in the fact that Jesus is depicted as a shepherd of sheep in Christianity, while the Koran, which was written approximately six centuries after Jesus, is described by the Moslems as Islam, that is, just as Jesus is described as ’the lamb of God’ in Christianity, because he was slaughtered by the Romans and the Jewish Pharisees, who were the local religious bleeds concerned to facilitate the activities of the butcher, the Moslems are his lamb, whose meat production and slaughter is monitored by their bleeds for what’s called halal practice, whereby the meat is drained. 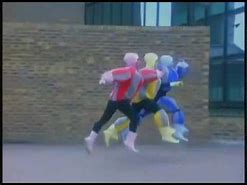 Just as the Christian bleeds prey, so the flock is drained by those who’re expert in the Bible, and the Moslem bleeds similarly drain ’the faithful’, that is, the women. The pastor in the Christian church traditionally wears what is euphemistically known as a ’dog collar’, because the flock need to be conned into believing that the wolves will be kept at bay by the sheep dog. Amongst Moslems the mutt, as distinct from the mutton, is called a Mutawah, because there are five hours in every day when the local bleeds dogs attack the faithful, if they aren’t able to prey; Fajr before sunrise; Dhuhr at noon; 'Asr in the afternoon; Maghrib at sunset; and 'Isha before sleep at night. Drained by the bleeds, they prey upon the Earth.