Contrary to popular belief the cross isn’t a Christian symbol, but rather a pagan symbol of the butchers of the Roman Empire. When Jesus was passing near to the town of Gadarene, he met two men who said, ‘I am Legion.’ Because the legions of Rome were then occupying Jewish Palestine, the men’s statement was a clear socio-political metaphor. Jesus ordered the demon legion to leave the men, and the demon asked to be allowed to occupy a nearby herd of pigs. Jesus assented and the demon entered the pigs, which promptly ran off a cliff into the sea and drowned, so that the demon legion could seek to possess other men. Jesus ‘Christ’ was the Jewish ‘Messiah’ whose teaching was, ‘Love your neighbor as you love yourself.’ (Mk: 12. 31) He was taken to the hill of Calvary as a Jewish ‘dissident’ and nailed to a cross of wood where he died, although he wasn’t bacon. Although Bacon was believed by many to have written Titus Andronicus (1588-93), Julius Caesar (1599), Anthony and Cleopatra (1607) and Corialanus (1605-8), most Christians believe that Jesus Christ was the dramatist, and not the English playwright, William Shakespeare, as previously imagined by those ignorant folk who hadn’t understood that the ‘Holy Spirit’ informed everybody. When Jesus experienced Resurrection and Ascension to heaven, many of the Jews and Romans were encouraged in their applause of Baconism: `Surely, this was the son of God.’ (Matt: 27. 54) These words from the Roman guard, Longinus, who’d just pierced the dead Jesus’ side with his spear to let the dead air out, proclaimed himself the snuff guard on behalf of Tiberius, the then Emperor of Rome, who was always traditionally a god, and so Longinus’ snuff god. Consequently, Jesus was God’s snuff to the Romans. The reason is Jesus’ disciple finding Jesus alone with a woman. Suggesting that the ‘perfume’ be sold to raise money, Judas was rebuked by Jesus: `Leave her alone.’ (Mk: 14. 6)  Judas sold Jesus to the Jewish religious police, the Pharisees, for ‘thirty pieces of silver’ and they gave Jesus over to the Romans for execution as an informer, which is what the Romans and the Pharisees perceived the Holy Spirit as.

Jesus’ teaching of the Holy Spirit derived from descriptions of the Shekinah, described as the feminine ‘spirit of God’ that dwelt in the tabernacle of the Jews by the Ark of the Covenant that contained their law and history, that is, the Torah and Talmud, which Judeo-Christianity knows as the Old Testament of the Bible before Jesus’ Christian New Testament, so because Jesus was called ‘the Second Adam’, the Holy Spirit was the ‘Second Eve’ born from the spear thrust opening his side at his crucifixion. The first Eve was created by God, according to Genesis, from the rib or side of Adam, the first man created by God, whom the Jews describe as a hermaphroditic anthropos, that is, Eve’s side birth was a euphemism for what is termed a futanarian woman’s self-fertilization from her own penis’ semen. Born uncontaminated by male semen from his mother, the Virgin Mary, Jesus’ Resurrection and Ascension to heaven prefigured that of futanarian ‘woman’s seed’. 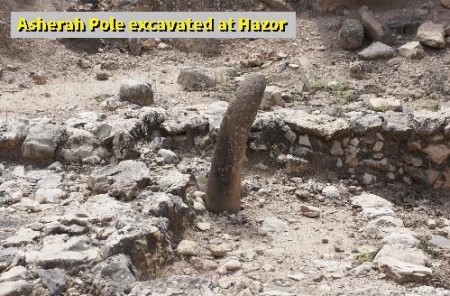 In the early days of Judaism founded by Isaac, son of Abraham and his wife, Sara, the Jews worshiped Asherah poles, which were symbols of a feminine principle associated with the Persian goddess, Ishtar. Similarly, before Islam, which was founded by Ishmael, son of Abraham, but not Sara, who barren after birthing Isaac, gave her maid, Hajer, to Abraham, who bore Ishmael, whose descendant, the Prophet Mohamed, received the Koran (610-30 C.E.) from the angels, according to Islamic tradition, the goddesses Al-Lat, Al-'Uzza and Al Manat were worshiped at the Ka’ Ba in what is now Saudi Arabia’s city of Mecca. A fatwa or death sentence was imposed in 1988 on the writer, Salman Rushdie, for writing about those passages from the Koran concerning the qharāniq (crane) ‘bird women’, who oversaw, in his novel, The Satanic Verses:

`Have ye thought upon Al-Lat and Al-'Uzza

And Manat, the third, the other?

Are yours the males and His the females? 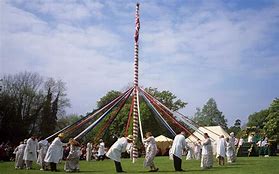 Although the worship of Asherah poles, and long-necked crane women, gave way to monotheism, for example, the Ka’ Ba in Mecca became the shrine of Abraham, the mythology was Egyptian, that is, in the ancient religion of Egypt, Ka is spirit, and Ba is soul, because the woman’s Ka is her seeding body, while her Ba is her seeded body. Moreover, although Christianity views the four wives of the Moslem peoples in Islam as a retroactive attempt to legitimize Ishmael’s birth from an unmarried woman, and so legitimize the Prophet Mohamed’s Koran and Islam, polygamy affords the possibility of sexual reproduction for the human species of futanarian ‘woman’s seed` within the Islamic family, which more closely approximates to Jesus’ teaching. In simple terms, the qharāniq or crane women oversee the building of God’s temple on Earth, before ’woman’s seed` produces the brainpower to take her to colonize the planets among the stars of heaven above. As a child of his mother, the Virgin Mary, Jesus was crucified on the hill of Calvary for looking tall, that is, he was craning his neck, which is what ’woman’s seed’ does, because it wants to escape from host womb slavery in parasitism to men.

Although the rural tradition of the May Pole with its associations of dancers around it holding red and white streamers, while people with seemingly animal heads caper about, seems divorced from the Asherah poles of the Jews, and the crane women of the pre-Islamic qharāniq before the crucifixion, Resurrection and Ascension to heaven of the Virgin Mary’s ’uppity’ son, Jesus, the barber’s shop pole with its red and white stripes represents an elite queue, that is, where the lambs go to be shorn among those for whom they’re BBQ meat. Consequently, Jesus is described in his disciple John’s apocalyptic vision of the future, Revelation, as ’the lamb of God’ (14. 5), because the meat’s snookered when it can’t escape the cue for the pot. Although Longinus’ spear was known as ’the spear of destiny’, because Jesus’ foretelling of a Holy Spirit that would teach after him, that is, the feminine ’spirit of God’, which is the Shekinah, or Second Eve, described by the developmental psychologist, Carl Gustav Jung (1875-1961) as the anima-soul, Christianity used Longinus’ spear in Jesus’ side as a cue to snooker him. At the ’Last Supper’ before his crucifixion, Jesus offered bread and wine as symbols of his body and blood to the disciples, which is ritualized in Christianity as transubstantiation whereby the officiate gives the petitioner a wafer and a síp of wine from his chalice to signify the believer’s acceptance of Jesus’ Holy Spirit, which is ’woman’s seed`. However, without any knowledge of ’woman’s seed` being disseminated, the believer is in a position only to understand that s/he’s in cannibalism where people are BBQ meat because of the magical properties they possess, for example, Jesus’, who could turn water into wine and walk on water, so he was a good meal for those who believe in the primitive practice of eating others for the mana power they contain. In short, the May Pole is a BBQ pole for some of those who don’t know they’re food,1 and the queue at the barber’s is where elite go to look over the lamb shorn before the meat is potted at the end where it’s the snookered’s cue to turn their face up towards the spotlights.